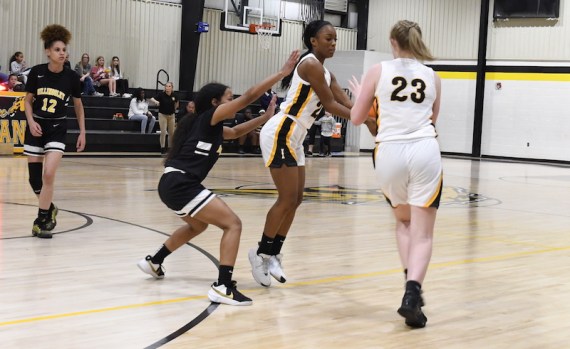 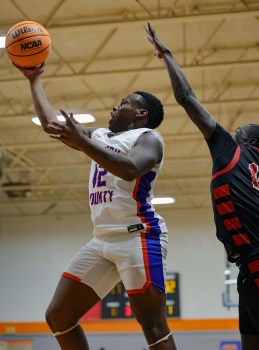 With Christmas break on the horizon, high school basketball teams in Chilton County have begun to find out who they are, and the contenders are starting to separate themselves.

The Isabella High School varsity girls’ team went 3-0 during the week of Dec. 5-9 starting with a 66-25 win over Verbena High School on Dec. 6. The Mustangs finished their week with two wins over Maplesville and Thorsby high schools — 48-33 over Maplesville on Dec. 8 and 52-47 over Thorsby on Dec. 9. Isabella improves its record to 5-1 overall this season with two more games before Christmas break.

“We are playing really well and they have been playing together for about five years, the majority of them,” Isabella varsity girls’ coach Jared Day said. “We are not playing our best yet and it is early in the season … but we are definitely playing together and they know what to do, what they can do and what their role is.”

The Isabella varsity boys’ team started its Dec. 5-9 week with a victory over Verbena 69-62 on Dec. 6. However, the Mustangs sputtered on Dec. 8 and 9 losing both its games to Maplesville and Thorsby high schools 79-22 and 56-50, respectively.  The Isabella varsity boys team sits with a 2-3 overall record with two games remaining before Christmas break as well.

Maplesville’s varsity boys’ and girls’ teams got a late start to their season beginning in early December, and the Red Devils boys’ team secured its first victory of the young season with that Dec. 8 win over Isabella. The win avenged the Red Devils opening night loss to Thorsby on Dec. 2. The Red Devils dropped its Dec. 12 matchup on the road at Loachapoka High School 61-38 to hold a 1-2 record overall.

“We are playing pretty well with everyone learning a new system and playing man-to-man and full-court. We look good and I think we are coming along well,” Maplesville varsity boys’ coach Undra Rush said. “Shots are starting to fall, just defensively we need to tighten up. They are slowly picking it up … we are trying to get them to buy into playing defense and turning that into offense. We try to cause havoc for the other team.”

Thorsby’s varsity boys’ team is arguably the hottest team in Chilton County at the moment, rattling off four consecutive wins after an 0-6 start to the season. The Rebels secured a 42-36 win over Jemison on Dec. 8 and a 56-50 win over Isabella on Dec. 9 for wins three and four of the streak. Thorsby’s streak came to a halt on Dec. 12 as Holtville High School got the best of the Rebels 72-50. Thorsby’s varsity boys’ team now has a 4-7 overall record on the season

“We were slow getting started … but we are getting better and we are trying to get better every day at practice and in games than we were the day before,” Thorsby varsity boys’ coach Russell Ricks said. “We beat some teams close by, and those games mean a lot to the players, so that was good. We are a lot better now than we were when the season started.”

The Thorsby varsity girls’ team amassed a winning streak of their own of three games after picking up a win over Jemison on Dec. 8. The winning streak came after losing four of its first five games of the season. The streak came to a halt on Dec. 9 with the 52-47 loss to Isabella followed by a 54-29 loss to Holtville on Dec. 12. The Rebels girls’ team now has a 4-6 overall record this season.

Both Chilton County High School basketball teams stayed hot the week of Dec. 5-9 and combined to go 6-0 during the week. The varsity boys’ team won its fifth consecutive wins after a 58-49 triumph over Stanhope Elmore High School on Dec. 9. Dermarrion Caffey led CCHS in scoring with 14 points followed by Jakobe Worthy and Justin Godwin with 10 points each.

The Tigers winning streak was snapped on Dec. 12 suffering a loss to 11-1 Cullman High School 55-4.

The three wins last week moved CCHS to 11-4 overall this season and wins in 11 of the last 13 games.

The CCHS varsity girls’ team extended their winning streak to five games as well on Dec. 9 with a 61-49 win over Stanhope Elmore. The Tigers avenged a 59-57 loss to Stanhope Elmore in overtime on Nov. 15. CCHS was led by Iasia Anderson with 14 points followed by Ishunti Brown and Destiny Peterson with 13 points each.

The Tigers throttled Dallas County 52-17 on Dec. 6 and edged Wetumpka 58-46 on Dec. 8. Anderson led the way for CCHS against Dallas County and Wetumpka with 15 and 23 points, respectively.

Trinity Pulliam and Anderson each scored 22 points against Cullman on Dec. 12 but could not outlast the Bearcats and lost 66-56.

Jemison’s varsity boys’ team faltered between Dec. 5-9 dropping all three of its games starting on Dec. 6 with a 60-34 loss to Montevallo High School. Thorsby took down Jemison on Dec. 8 before Calera earned a 57-47 win over the Panthers on Dec. 9 to end their week.

However, Jemison bounced back on Dec. 12 with a 67-42 win over Verbena. The Panthers varsity boys’ team sits 5-8 overall this season.

The Jemison varsity girls dropped both of its games between Dec 5-9 as well, starting with Montevallo on Dec. 6 falling 49-41 and Thorsby winning on Dec. 8. Like the varsity boys’ team, the Jemison varsity girls earned a 57-25 win over Verbena to right the ship. The Panthers now hold a 4-6 record overall after last week’s action.

Billingsley High School’s varsity boys’ and girls’ teams are each looking for their first wins of the 2022-2023 season as well. The Bears varsity boys fell 75-33 to Holtville High School on Dec. 6 and were bounced from a weekend tournament on Dec. 8 after losing to Marbury 68-32 at Prattville Christian Academy. The Bears varsity girls lost 57-24 to Holtville on Dec. 6 and were also bounced from a weekend tournament after one game losing to Marbury 52-12.