Panthers use big second quarter to down Red Devils 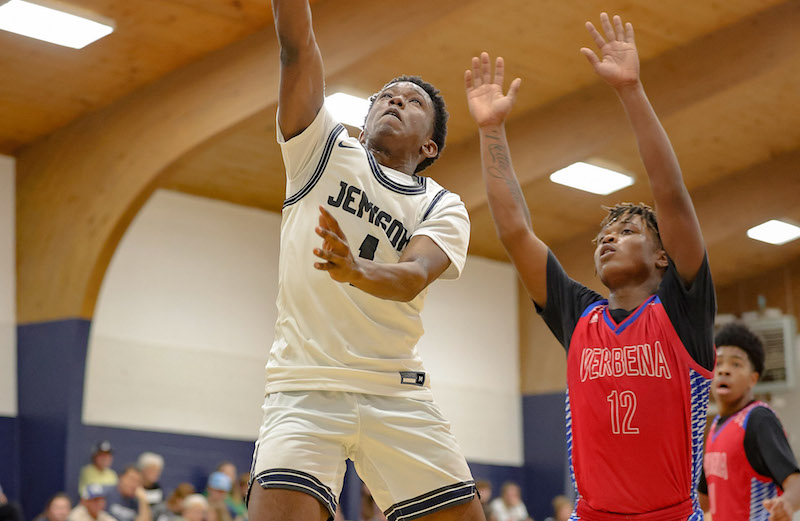 Jemison High School’s varsity boys’ basketball team found itself in an early hole on the road on Dec. 12 at Verbena High School. However, the Panthers were able to right the ship with a massive second quarter showing to power to a 67-42 win over the Red Devils.

Jemison coach Christian Goodwin was not pleased with the effort from the Panthers to begin the game, and Verbena knocked in all of its 16 first quarter points within the first five minutes of the game.

“We did not have any desire to guard a soul in the gym the first quarter, and let (Verbena) get going early,” Goodwin said. “But, it was good, and we took care of the ball better than we have been. I would not be surprised if that game was the lowest turnover total in a game this season for us.”

The Panthers brought the score back to 16-15 at the end of the opening quarter with some key buckets. In the second quarter, Jemison had Verbena scrambling with its press and forced some turnovers in the backcourt that led to easy opportunities. The Panthers started the second quarter on a 14-2 run.

“I told them after the first (quarter), we were not guarding anyone, and that is really what we hang our hat on this year is getting stops,” Goodwin said. “The last 10 minutes of the first half we did a much better job … of settling in, taking some pride and getting some stops.”

Jemison outscored Verbena 19-4 in the second quarter and held a comfortable 34-20 lead at halftime. The Panthers outscored the Red Devils by 11 in the second half to extend their lead and cruise to their fifth win of the season.

Goodwin said the team realizes they did not play up to their full potential on Dec. 12, but was happy with the lack of turnovers. He said he has used the football reference of wanting every possession to end with a kick, but wants each possession Jemison has to end with a shot on the hoop.

“We did not play up to our standards, and I think the kids will be the first to tell you that,” Goodwin said. “We have consecutive practices the next two days for the first time since the week of the first game, so we are excited about that and we are getting much better.”