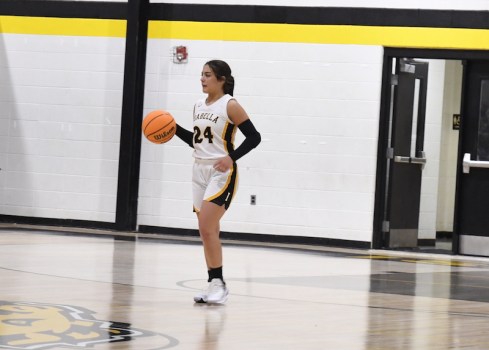 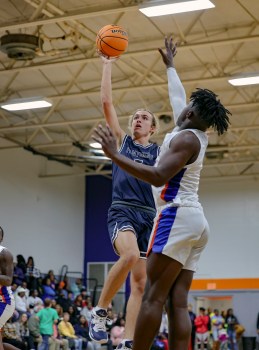 It was a busy week on the hardwood for Chilton County area high schools. Thorsby, Isabella, Chilton County and Jemison high schools all captured wins this week. The Thorsby varsity boys’ basketball team got its first win of the season taking down Maplesville High School 71-44 on Dec. 2. The Thorsby varsity girls’ team earned a 39-26 win over Maplesville on the same night. Dec. 2 was the first games of the season for both the Red Devils varsity girls’ and boys’ teams.

Both Rebels squads followed up their wins over Maplesville with wins over Billingsley High School on Dec. 5. The varsity boys took down Billingsley 65-41, and the varsity girls won 51-41.

Isabella High School’s varsity girls’ team split its two games this week capturing a win on Nov. 29 over Jemison at home 64-46. Fayetteville High School outlasted the Mustangs 50-49 on Dec. 1 to give Isabella its first loss of the season. IHS now sits 2-1 on the young season.

The Mustang’s varsity boys’ team lost both its games this week to fall to 1-2 overall this season. Jemison sprinted to a 63-23 win on Nov. 29 and was led by Tucker Bean with 14 points followed by Trenton Gaines with 11 and Tucker Bradford with 10 points. The Mustangs fell to Fayetteville 70-33 on Dec. 1.

Jemison’s varsity boys’ team went 2-2 over its last week of action, pairing its win over Isabella with a 40-33 victory over Westminster School at Oak Mountain on Dec. 5. The Panthers were led by Jayden Managan with 20 points and now sit at 4-5 overall this season.

“We play so hard and with a ton of juice … and I think they are starting to appreciate the little things and the details of the game, and those are areas we can take advantage of our opponents in,” Jemison coach Christian Goodwin said. “They are starting to take pride in what we have been preaching as far as the details go.”

The Panthers lost its games on Dec. 1 and 2, 50-37 to Holtville High School and 54-19 to Chilton County High School, respectively.

The Jemison varsity girls’ team had won three consecutive games from Nov. 15-18, but have hit a three-game skid as of late. The Panthers went 0-3 last week with losses to CCHS, Holtville and Westminster. Jaclyn Lowery was the leading scorer for the Panthers on Dec. 1 against Holtville with 12 points. Zariyah Johnson had 10 points, and Caiana Lucas added nine points.

Chilton County’s varsity boys’ team began its week losing to Thompson High School 58-34 on Nov. 29 to break its five-game winning streak. Jakobe Worthy led the Tigers in scoring that game with 17 points. The Tigers bounced back quickly on Dec. 1 taking down Montgomery Academy on the road 73-64 with Justin Godwin leading the way with 21 points on 8-for-9 shooting. Worthy added 17 points, Demarcus Riddick had 12 points, and Jamon Dejarnett rounded out the double-digit scorers for CCHS with 11 points.

CCHS finished its week with a 54-19 win over Jemison to move to 8-3 overall this season.

The Tiger’s varsity girls’ team had its game against Thompson on Nov. 29 postponed, and the two schools are trying to find a date to reschedule. CCHS took down Montgomery Academy 37-16 on Dec. 1 and was led by Iasia Anderson with 18 points and Trinity Pulliam with 10 points. The win pulled the Tiger back to .500 at 5-5 on the season.