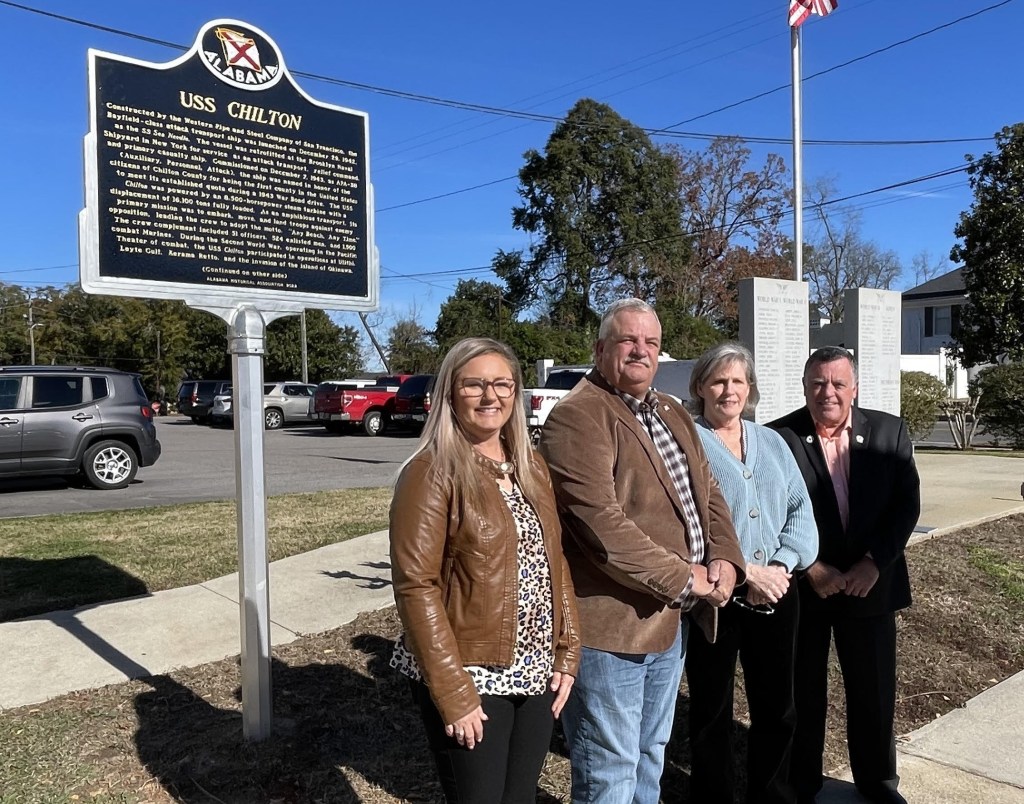 Commissioned in May 1943, the USS Chilton was named in recognition of the people of Chilton County for their support of the war effort through purchases of war savings bonds. During the Second World War, the crew of the USS Chilton served with distinction in the Pacific Theater of Combat. From 1943 until being decommissioned in July 1972, the USS Chilton supported military operations around the world including Korea, the Cuban Missile Crisis and Southeast Asia.