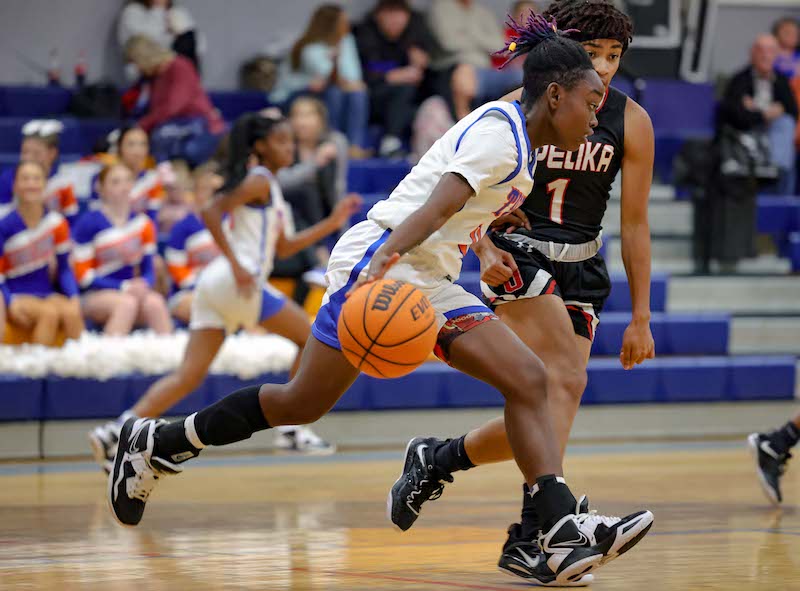 Iasia Anderson of Chilton County High School is this week’s athlete of the week after recording a quadruple-double for the Tigers on Dec. 2 against Jemison High School.

“I do not know if there has ever been one in the history of the school, but just that alone is special,” CCHS coach Kelvin Sterling said.

Anderson put in 17 points on 50% shooting and added 15 steals, 13 assists and 10 rebounds. The quadruple-double feat has been achieved in college basketball only six times, and only one person has done it twice. It is unconfirmed if Anderson’s quadruple-double is the first in CCHS history, but nonetheless it has helped the Tigers claw back to .500 on the season.

“The beginning of our season was tough, and we played some teams who will probably be playoff teams,” Sterling said. “We are happy to be back at .500, trust and believe it, but right now it is a manageable part of our schedule where we just want to see us get better and not take anything for granted.”

Anderson has been a key scorer for CCHS in past years, but is starting to evolve her craft into a more complete game.

“She is becoming more of a point guard,” Sterling said. “She has always been that dependable scorer, but now she is getting to the place where she is an all-around point guard.”

Anderson’s stellar week began on Dec. 1 on the road at Montgomery Academy. She threatened a quadruple-double posting 18 points with 13 steals and 11 rebounds, but came up three assists short with seven.

Anderson’s play has given the Tigers team a jolt of energy and a new confidence, according to Sterling.

“I honestly think we are in a much better spot now,” Sterling said. “The ceiling is so high, and I think we will be able to reach it.”

Anderson and CCHS are back in action on Dec. 6 against Dallas County High School at 5:30 p.m. at the Tigers home gymnasium.