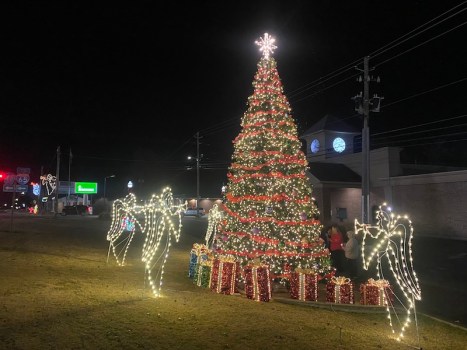 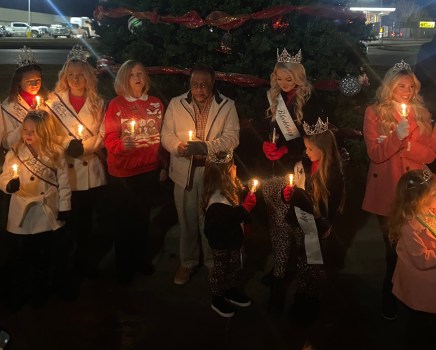 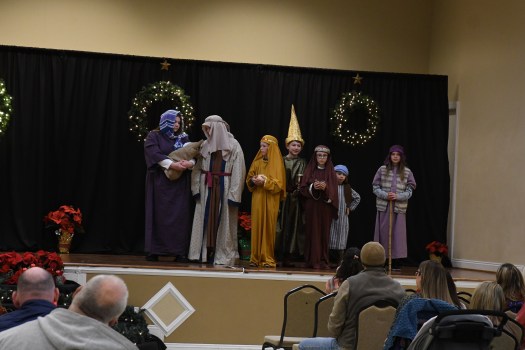 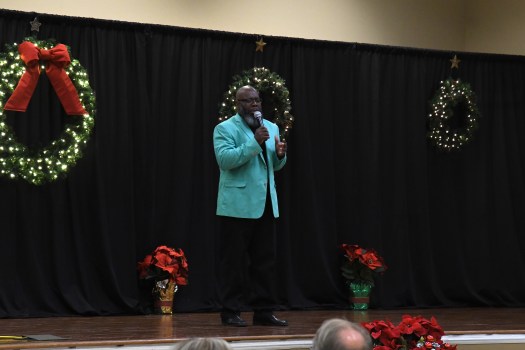 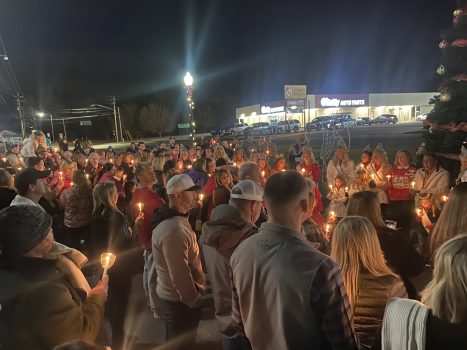 The Jemison community with candles during the candlelight service before the tree lighting. (CAREY REEDER | ADVERTISER) 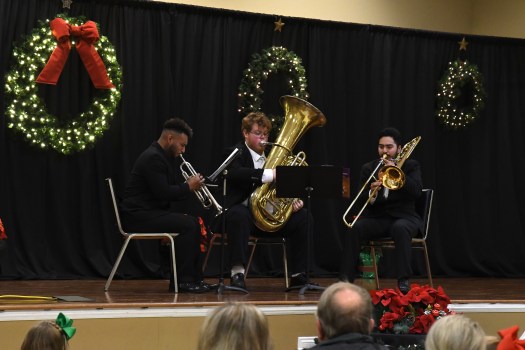 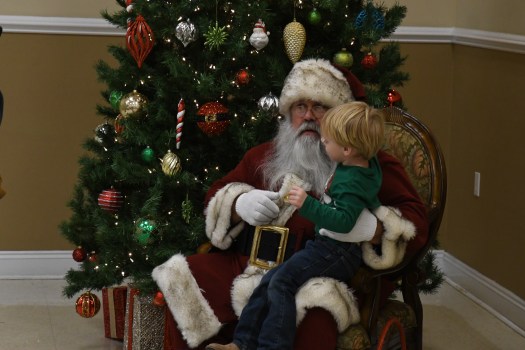 Santa Claus made a visit to Jemison for the tree lighting service. (CAREY REEDER | ADVERTISER) 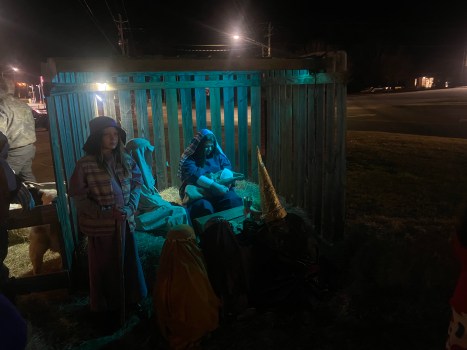 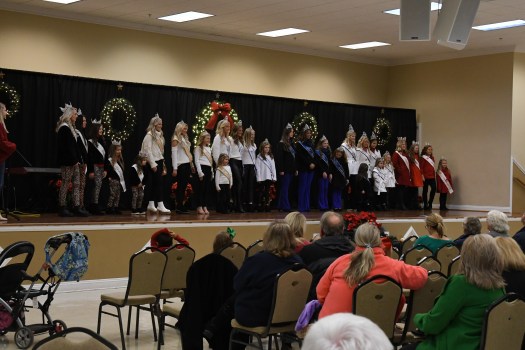 The city of Jemison held its annual Christmas tree lighting and candlelight service at Jemison City Hall on Dec. 1 to kick off the Christmas season. The event began inside city hall with some musical acts, introduction of the Chilton County queens and a skit acting out the Christmas story.

“This event brings us together like this, and it brings us together where we can all fellowship, share with each other and start our Christmas season together,” coordinator Cheryl English said. “We tried to involve as much of the community as we can.”

After the service inside, patrons gathered around the tree outside, and Jemison Mayor Eddie Reed’s candle was lit to begin the candlelight service. The flame was passed around to everyone, and once everyone’s candle was lit, a countdown began to light the tree.

“When those lights go on, it is just amazing,” coordinator Tammy McGriff said.

Alumni from Jemison High School and former members of the school’s marching band began the event by playing Christmas favorites such as Silent Night. The trombone, tuba and trumpet trio are all students at the University of Montevallo and made the trip back to Jemison to perform just a few hours before a concert at Montevallo.

Hosea Atchison of The Word Christian Center followed by singing a few praise songs. Union Grove Baptist Church performed a skit that acted out the Christmas story of Jesus Christ, and also had a live nativity scene outside while the Jemison Christmas tree was being lit. The Jemison High School FFA provided the goats and donkeys for the live scene.

Center Hill Baptist Church youth group had a bake sale during the service to help raise funds for future events they have planned with the church.

Having such a focus on the reason for the season was the most rewarding part for English.

“Sharing Jesus with the community. (I am) grateful that our city does not oppose that and still allows us to talk about the Lord and praise him,” English said. “That is the most important part about this Christmas season is knowing where our blessings come from.”

All of the Chilton County queens including the Blackberry, Peach, Miss Chilton County, Swedish Fest, Relay For Life and Strawberry were introduced to the crowd to conclude the inside service. Santa paid the city of Jemison a visit during the event as well for the little one’s Christmas joy.

“Every year, it grows, and we touch different people,” McGriff said. “We love involving all of the churches and groups, and it brings it all together.”

English and McGriff thanked the Jemison city workers for their help setting up the Christmas tree and decorations.