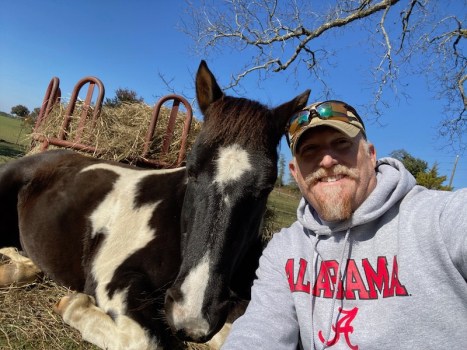 Brian Eddy, founder of Bond Fire Ranch, is looking to raise $150,000 to construct a covered arena at the ranch. (BRIAN EDDY | CONTRIBUTED) 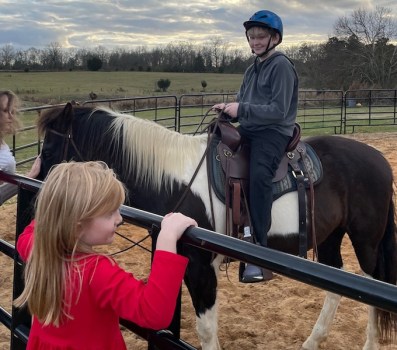 A covered arena would allow activities with the horses regardless of the weather. (BRIAN EDDY | CONTRIBUTED)

Bond Fire Ranch has kicked off a capital campaign to raise funds for improvements to better serve veterans and first responders.

Founder Brian Eddy is an Air Force mortuary officer veteran wanting to help those who struggle with PTSD like he does and their families.

“Horses are my therapy, and I saw that not only with myself but with many people who intersect with horses,” Eddy said. “Bond Fire Ranch was an idea to create a sanctuary for folks to come and interact with horses, but also to create resiliency within their families.”

He wants veterans and first responders to have a place where they can come have fun and step away from electronic devices for a little while to have meaningful face-to face interaction.

Services are offered free of charge to veterans, first responders and their families. Eddy said the ranch is also open to having other groups come for a small fee.

Fundraising for the next fiscal year began the week before Thanksgiving with a goal of $150,000 to build a covered arena as well as develop picnic areas on the property and continue to care for the horses.

Eddy said a covered arena would provide an area that people could interact with the horses regardless of the weather. The area could also be used as a place to do crafts and a place to eat in the future.

“It is important for us to build a community and actually have conversations,” Eddy said.

Donations can be made through the organization’s website bondfireranch.org. Sponsorship levels for businesses or organizations wanting to support Bond Fire are also available.

Bond Fire Ranch is located on County Road 16 near Clanton.