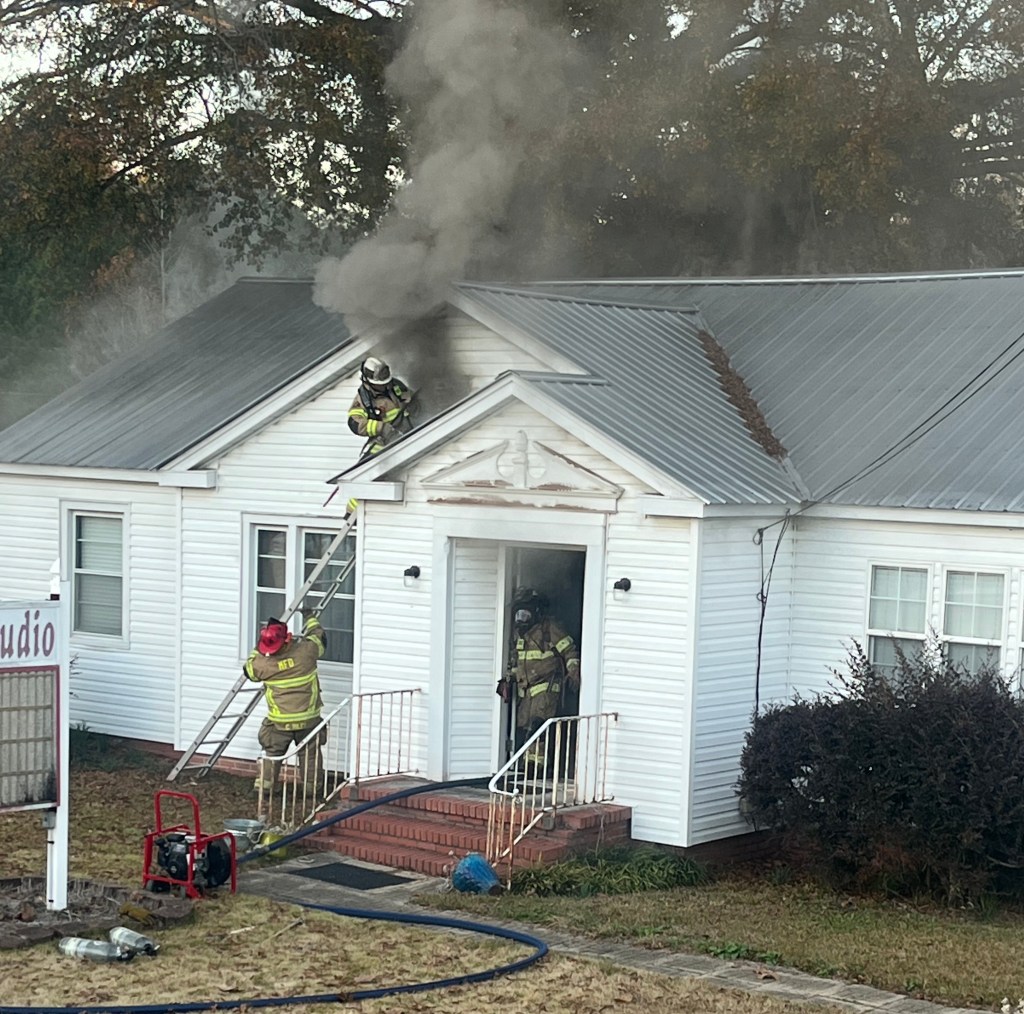 A structure fire caused a portion of Seventh Street near the 900 block to be closed on Nov. 28 as firefighters responded to the scene.

No one was in the building at the time of the fire, and there was nothing suspicious about the nature of the fire, Clanton Fire Chief David Driver said.

“The fire hydrants are on the opposite side of the road from where the fire was, so we had to block the entire road to get to the fire hydrant,” Driver said.

The fire hose stretched across all four lanes of Seventh Street in the area, requiring traffic to take an alternate route.

The structure was a former hair salon, and the new property owners were doing some painting and other improvements before opening a business there.

CFD responded to the scene at approximately 4:15 p.m. While the fire was not extensive, “It got into some walls and go up into the attic,” Driver said. “Obviously when it gets up into the attic, we had to pull some ceilings down and (there was) water damage, things like that. So a combined water damage and fire damage, it was significant.”

Thorsby Fire Department assisted at the scene. The fire departments completed work at the scene around 6:30 p.m.