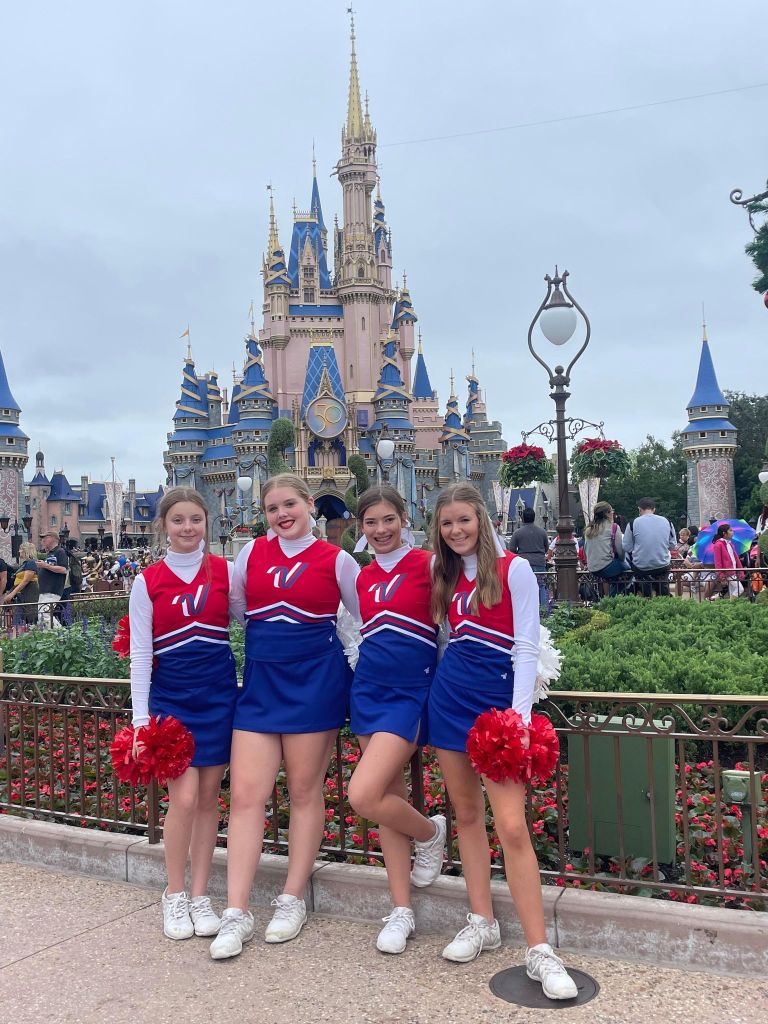 Parker and Lovett were surprised when it was announced that they had been selected. Jackson said she was excited to be selected.

“It’s definitely something worth trying out for at camp,” Lovett said.

Practice continued with the rest of the All-American cheerleaders chosen to participate once they arrived in Orlando.

“It was fun,” Jackson said.

Due to an injury which occurred prior to the trip, Parker was unable to participate in the routine but was still able to attend and walk the parade route.

Jackson, Lovett and Parker said they enjoyed getting to meet the participants from other states. Parker said she got to know the group leader well while sitting next to her during the practices.

“It’s a great opportunity because not only do you get to cheer, but you get to go and experience all of the parks,” Parker said.

Jackson, Lovett and Parker have each cheered at IHS for two years.

Lovett said she enjoys cheer because it is something she gets to choose and does with her friends.

“I love that I get to represent my school,” Jackson said.