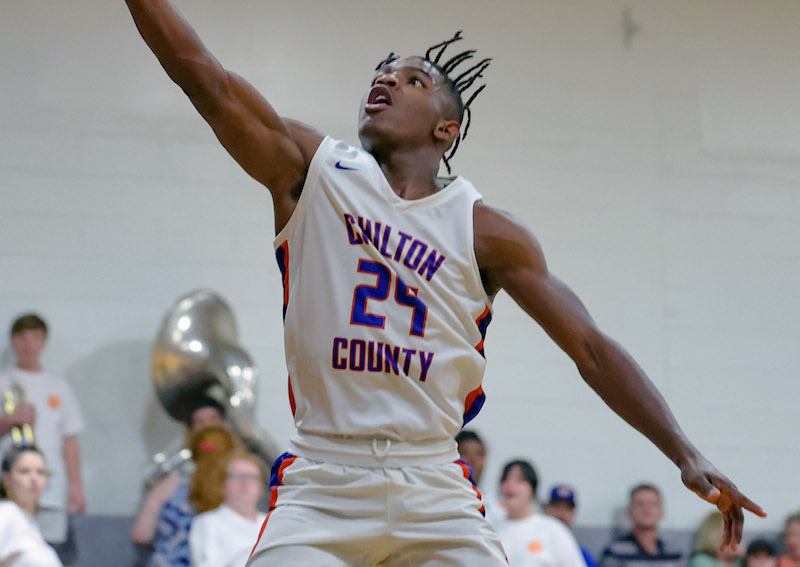 The Chilton County High School varsity boys’ basketball team took down the Alabama Christian Academy Thanksgiving Tournament in Montgomery on Nov. 22 with a 43-35 win over Abbeville High School. The two-day, four-team tournament saw the Tigers earn a 57-36 win over Sipsey Valley High School in the semifinals to earn a spot in the championship game.

“It was a total team effort (in both games) and everyone who played in the game contributed,” CCHS coach Austin Moncus said. “Our coaching staff did a good job at breaking down film and getting a good scouting report ready for our guys and putting them in the best position to be successful.”

The Tigers two wins at the tournament extended their winning streak to four games and positions themselves well going into a tough portion of their schedule after the Thanksgiving break.

In game one on Nov. 21, CCHS jumped out quickly on Sipsey Valley and managed that lead throughout the rest of the game. The Tigers held a 14-5 lead after the first quarter, and they extended their advantage to 36-13 at halftime.

“They were locked in (early), and we did not play as sharp in the second half and that is something we need to do a better job of is being consistent throughout the games,” Moncus said. “Hopefully, we can continue to grow in that aspect … but as a coach and our coaching staff we want to see us finish games.”

Floyd led the Tigers in scoring with 14 points on 6-for-10 shooting. The senior added 13 rebounds and three blocks to his totals. Worthy followed behind Floyd with 12 points and Jamon Dejarnett had 10 points to round out the double-digit scorers for the Tigers. Worthy had seven rebounds, three steals and two assists, and Dejarnett had six assists, six steals and five rebounds.

Sipsey Valley won the third quarter outscoring CCHS 12-8, but it was the only quarter the Bears won.

“Our players played hard, they bought in and everyone played well,” Moncus said.

Chilton County (5-2) gets back to action on Nov. 28 hosting Opelika High School in its first game after Thanksgiving break.