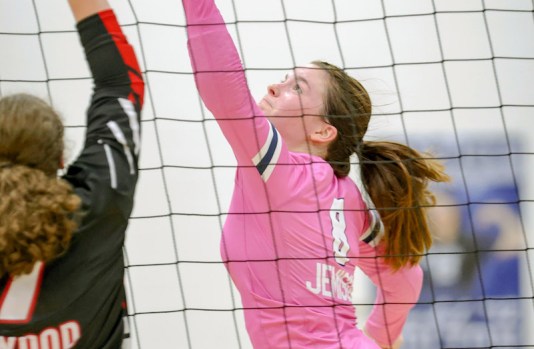 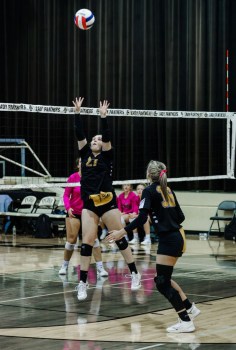 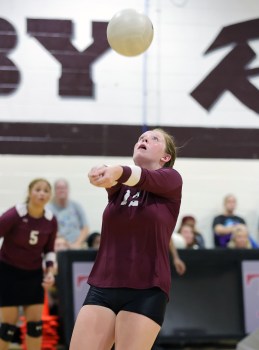 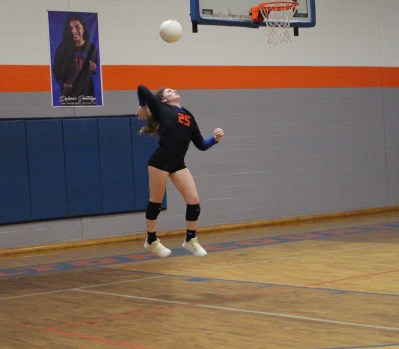 Kinsley Martin of Jemison High School is The Clanton Advertiser’s Chilton County volleyball player of the year for the 2022 season.

Martin, who has been a mainstay in the Panthers varsity lineup since her sophomore year in 2020, had her best season in 2022 to end her Jemison career. Jemison coach Melissa Baswell saw Martin’s ability to play multiple positions on the court shortly into her sophomore year, and it showed in the senior’s stats this season. Four hundred and twenty digs, 311 kills, 190 assists and 98 aces were the final tallies for Martin. Her 311 kills ranked highest in the county, according to the stats received from the six coaches.

The Panthers had some players exit the lineup due to injury, and Martin was the first to step in on multiple occasions.

Martin has shown a steady improvement year after year and captured all-tournament honors as a sophomore and junior in the Chilton County Volleyball Tournament. This season, Martin was named most valuable player of the county tournament and was selected to compete in the 2022 AHSAA North-South All-Star Volleyball Game.

While her accomplishments grew year by year, Martin’s leadership ability continued to improve as well.

“She has grown a lot, and you always want to push your players to leave the program better than when they came in, and I think she has grown so much as not just an athlete but as a person as well,” Baswell said. “Every coach looks for leadership and for that one person to step up and get the job done. Towards the end of her sophomore year she began to do that, and she grew into that role more and more.”

Another versatile player in Chilton County this season was Isabella’s Jaiden Cummings. The senior played predominantly setter and her 582 assists this season ranked first in Chilton County, according to the stats received from the six coaches. Cummings added 212 digs, 99 aces, 81 kills and 50 blocks to her season totals.

“Jaiden was an integral part of our offense this year,” Isabella coach Kacie Adams said. “She set the tone for each attack our hitters took.”

Adams said she has seen Cummings become a leader over the years and she helps out with the younger teams at Isabella as well. Cummings leadership and communication on the court were two of the qualities that Adams said were highlighted in her stellar senior season.

“Jaiden is always talking on the court, whether it’s to the hitters or passers,” Adams said. “She is constantly talking which is a key trait in a setter.”