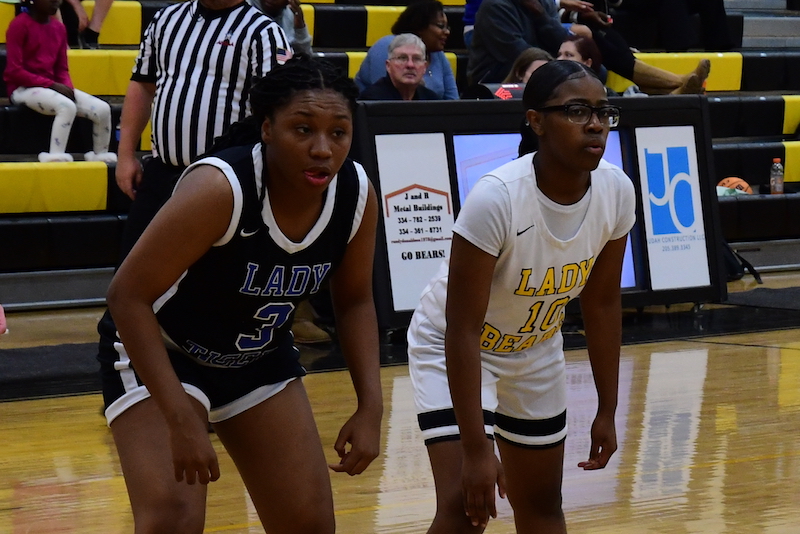 A stellar defensive display on Nov. 22 at the Alabama Christian Academy Thanksgiving Tournament powered the Chilton County High School varsity girls’ to a 45-36 win. The Tigers allowed just 11 points in the first half. CCHS won its first game 52-48 on Nov. 21 over Smiths Station High School to punch its ticket to the title game and eventual championship.

“Our keys are to play defense, and we give our players a number that we try to hold every team under, normally 40 points,” CCHS coach Rickey Pulliam said. “Our confidence carried over from game one into the championship game, and our girls came out ready to play.”

Smiths Station held a three-point lead at halftime at 26-23 over the Tigers, but a massive third quarter catapulted CCHS in front.

“The other players are playing well with Trinity and Iasia, but I think they are both elite players, and that gives us an opportunity to win,” Pulliam said. “They just always set the tone.”

Chilton County (3-4) hosts Opelika High School on Nov. 28 for the next game on the Tigers schedule.