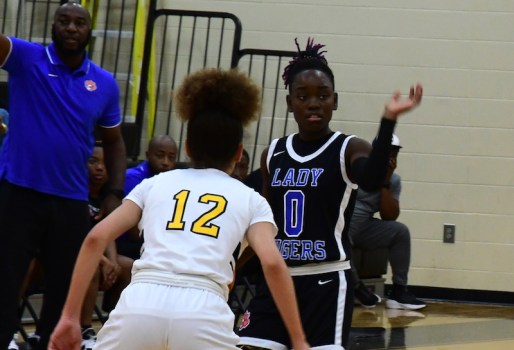 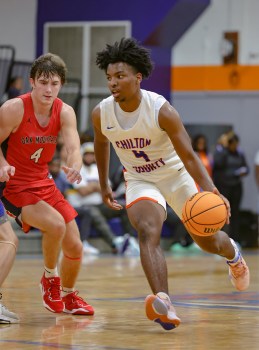 Chilton County High School’s Iasia Anderson is this week’s athlete of the week after her fast start to the 2022-2023 basketball season. Anderson led the Tigers in scoring each of their three games from Nov. 15-18 and averaged 22.6 points over the three games.

“Iasia is really playing well the start of the year, and she is playing consistently,” CCHS coach Rickey Pulliam said.

Anderson poured in 24 points on 11-for-20 shooting against Stanhope Elmore High School on Nov. 15. She was one assist and steal away from a quadruple-double adding 13 rebounds, nine assists and nine steals. Anderson is the second leading rebounder for the Tigers and has grabbed double-digit rebounds in four of the five games so far this season.

Anderson continued her tear against Thompson High School on Nov. 17 with 28 points on 7-for-16 shooting and knocked down three 3-pointers. Twelve rebounds, eight steals, six assists and two blocks were added to her totals.

Tyana Booker, the Tiger’s second ball handler, has been out to start the season forcing Anderson into being the number one and number two ball handler for CCHS.

“She usually draws a double team every night, but she welcomes the competition and plays with determination and grit,” Pulliam said. “She is definitely a player who inspires our team and gives us an opportunity to compete every night.”

Anderson, who is already a 1,000-point scorer for the Tigers, is averaging 21.4 points per game this season.

After Chilton County’s number one offensive option in Jakeveon Bolding went down with injury before the season, the Tigers’ Jakobe Worthy stepped into the number one role immediately. Worthy’s stretch from Nov. 15-18 helped the Tigers go 2-1 during that time.

“He does everything right … and he has done a great job getting this team to where it needs to go,” CCHS coach Austin Moncus said. “He has really accepted the team leader role, and every kid is going to have good and bad days, but his bad days are few and far between.”

Worthy had 19 points on 7-for-13 shooting on Nov. 15 against Stanhope Elmore and added nine rebounds, five assists and five steals. Worthy’s best game of the stretch came on Nov. 17 against Thompson pouring in 21 points on 7-for-11 shooting with seven rebounds, three assists and three steals. Worthy finished his week with a 17-point, five-rebound and four-assist effort against Marbury on Nov. 18. The senior averaged 19 points per game over the three-game stretch this week, and that is up from his season average of 16.6 points per game.

“He has accepted that role and has not hung his head much, and he knows teams will be keying in on him,” Moncus said. “He knows it will be tougher for him to score whenever he is playing at the level that he is now, but he has put in the work and deserves every bit of it.”