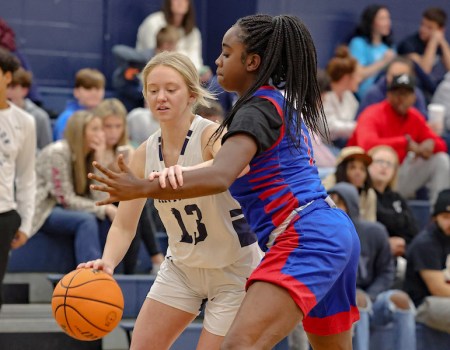 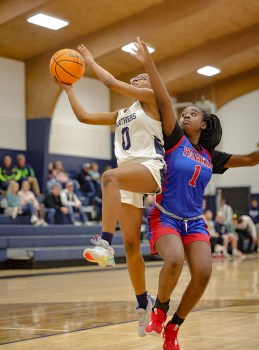 The Jemison High School varsity girls’ basketball team won its home opener of the 2022-2023 season 60-14 over Verbena High School on Nov. 18. Senior Jaclyn Lowery, the lone senior on the Panthers roster, led Jemison with a near triple double tallying 15 points, 12 rebounds, nine steals and six assists. Jemison lost its season opener, but has reeled off three consecutive wins since then.

Verbena kept things close throughout much of the first quarter with Jemison holding the 10-2 lead after the opening period. However, Jemison knocked down two 3-pointers to start the second quarter, and were off and running after that.

“We started off really slow, but I think that was due a lot to the jitters of the first home game,” Jemison coach Kelsey Mims said. “We were able to settle down, and we played pretty well from the second quarter on.”

Kelsey Mims said this season, the Panthers have a much deeper bench than in years past, which is giving her more options to manipulate lineups and try different things. Against Verbena, Jemison was able to rotate all 12 players into the game.

Jemison stretched its lead in the second quarter to hold a 27-5 lead at the halftime break.

“We are young, and we have people playing a lot of minutes that have not done that in the past,” Kelsey Mims said. “I think the first game (of the season) was more figuring out rotations … and since then everyone is figuring out their roles and what we need them to do.”

Zariyah Johnson was the leading scorer for the Panthers putting in 18 points and adding eight steals to her totals. Trinity Bean had 16 points for Jemison.

Lakeyn Mims knocked down a shot in the third quarter, and Gabby Waters scored three points in the fourth quarter for Verbena.