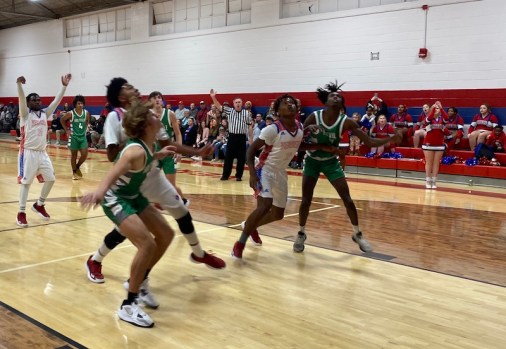 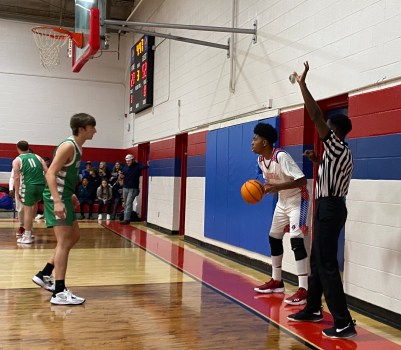 The Verbena High School varsity boys’ basketball team exhausted all its options on its bench on Nov. 17 against Holtville High School, but lost 74-37.

Verbena coach Scott Doss said he was short two players on his bench, which made it tough sledding for the Red Devils. Verbena’s football season ran into November, and its basketball team had limited practice time with some players playing both sports.

“The style of offense we run … we run a read-and-react offense, so our reaction drills (are key), we just need three guys to do that,” Doss said. “Defensively, we play man-to-man, and we can get a lot done, it is just having the time to do it as far as the short bench.”

Short-handed Verbena kept up with Holtville through the first quarter. Holtville began the game on a 6-0 run before Jamiah Smith knocked down a 3-pointer and layup to cut the lead to one point. Smith hit another 3-pointer later in the first quarter, but Holtville led 25-13 after the opening frame.

Holtville jumped ahead 33-15 in the second quarter, but seven unanswered points by the Red Devils cut the Bulldogs lead back to 11. Zion Smith hit a floater in the lane, and Nathaniel Ellison converted the and-one layup and free throw during the stretch.

“We played hard on both ends, but we still have some technical stuff we need to work on,” Doss said. “The kids played hard I cannot fault them for that, we just have to gel together.”

Holtville stretched its lead in the second half to earn the 74-37 win.