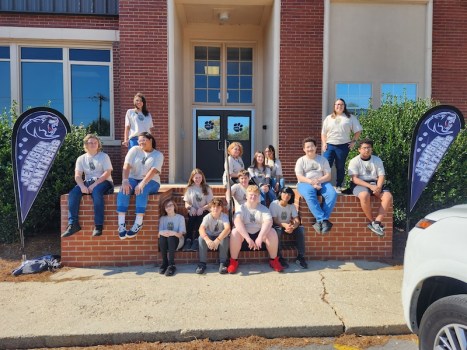 A group of students and faculty wear a special T-shirt to commemorate the 100th anniversary of the discovery of King Tutankhamun’s tomb. (CELESTE ONCHUCK | CONTRIBUTED) 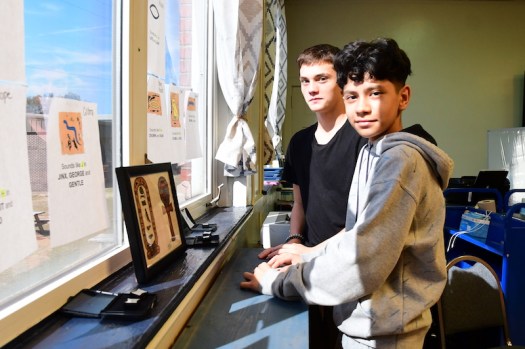 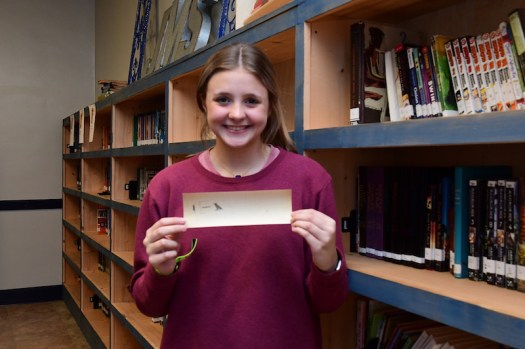 Isabella LaRocca holds up the hieroglyphics she has so far to spell her name. (JOYANNA LOVE | ADVERTISER) 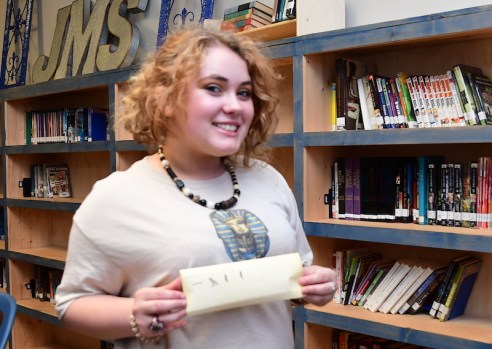 Zoey Petrus holds up the hieroglyphics she has so far to spell her name. (JOYANNA LOVE | ADVERTISER) 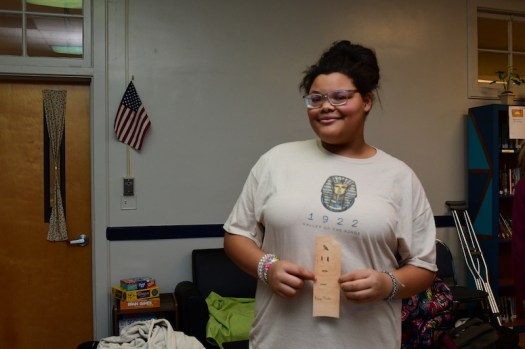 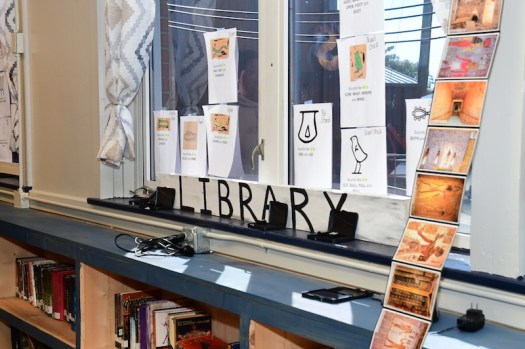 Jemison Middle School commemorated the 100th anniversary of the discovery of King Tutankhamun’s tomb, which was made on Nov. 4, 1922, on Nov. 3-4.

JMS history teacher Celeste Onchuck said the discovery was significant because it was the first pharaoh’s tomb that was fully intact when found by archeologists.

Her class watched a video tour of the tomb that was created specifically for them and some were able to participate in a video call.

She said it was a good opportunity for the students who had never heard of King Tut to learn about him. Some of the students found the presentations very interesting.

Students also had the opportunity to learn how to spell their names in hieroglyphics.

Melayn Martin said she enjoyed the focus on Tut and learning that the tomb was not really cursed.

“There was this inscription on the wall, and it said, ‘Death will stop those who disturb the king’s sleep,’ but of course, all the people didn’t die just because of that,” Onchuck said.

However, she said part of the presentation by the tour guide explained that there was a bacteria that those doing the burial would have put on the tomb to harm those who tried to rob the tomb of the king’s treasures.

In English class, students wrote parodies about the young Pharaoh’s death or murder.

“No one knows what happened to him exactly,” Martin said.

In Martin’s parody, Santa Claus and King Tut are fighting over Cleopatra and Santa pulls a prank on Tut which accidentally proves to be fatal. She said that she had initially heard of Tut from her grandmother that was into history.

In math class, students completed math problems to get words to finish the story and did a dot-to-dot.

Onchuck also had a display of photos from the excavation of the tomb and some from when she visited it last summer on her trip to Egypt.