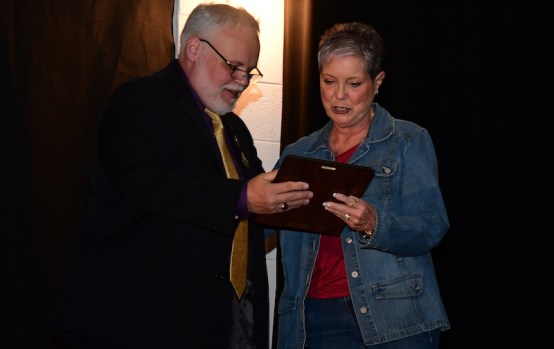 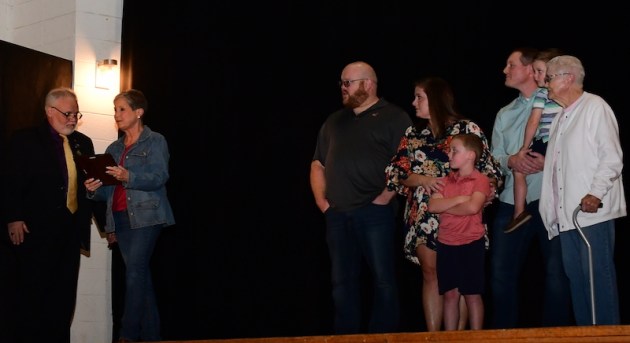 “Thank you for all the hard work, time and dedication you have shown this community,” Lions president Rex Bittle said of Randy Beam. “We appreciate it greatly.”

“This is such a blessing,” Patti Beam said. “Randy would be very proud, and we are very proud as the Beam family.”

Bittle recalled how Randy had been working on a project to help improve the internet service in Jemison the day before he died.

“He was very vibrant,” Bittle said. “His death is a shock … to everyone. He was active and working for the betterment of the whole community right up to the last day that I saw him.”

Patti Beam thanked those who had given encouragement and checked in on her after Randy’s death.

Patti Beam said Jemison has been home since 1968, and the community has become family.

She spoke of the importance of serving older people as a model for those who are young.

“We appreciate and love your family,” Bittle said. “We thank you for everything that you do for us. It wasn’t just him. We know his family was behind him all the way.”

The award was given during the Miss Blackberry pageant, which is the Jemison Lions Club’s main fundraiser to donate to nonprofits in the community.