Verbena gets sour result at Sweet Water in first round 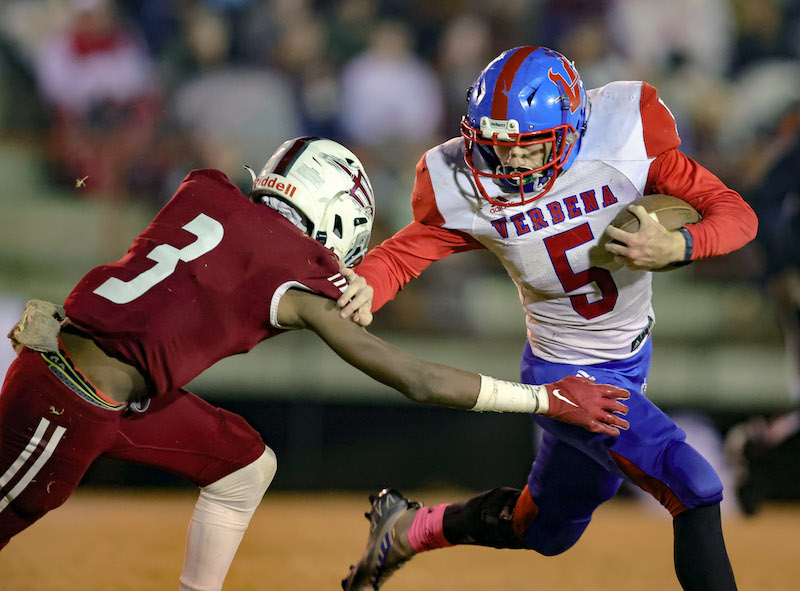 Verbena High School was left with a sour taste in its mouth after losing to Sweet Water High School 48-8 in the first round of the AHSAA Class 1A state playoffs. Verbena, who made the playoffs for the first time since 2016, could not stop the Sweet Water rushing attack that posted five rushing touchdowns.

“They were real physical on both the offensive and defensive side of the ball, and we constantly had to make some adjustments because we could not get a push,” Verbena coach Allen Brothers said. “We were able to score late, and we never gave up on the game we just could not muster any points. We did all the little things right, we just were not physical enough.”

Sweet Water held a 48-0 lead after three quarters, but Verbena was able to get on the scoreboard in the fourth quarter when D.J. Jackson took a 44-yard run to the end zone. Senior Jarod Quinn converted the two-point conversion run in his last game for the Red Devils.

“It was a phenomenal season, and for me it was cool to see those guys vindicate all the loses and the years we were way down,” Brothers said. “The seniors have started something that I hope we can keep going, and they set a good foundation. I was really proud of the year they were able to put together, and they never quit. They had some lifelong memories made.”