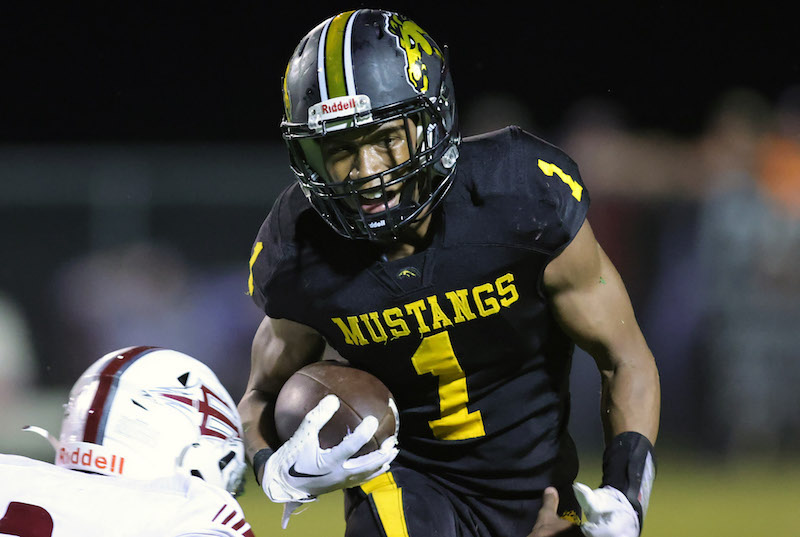 It is not every season where a first-round matchup features two top-10 teams in a classification. However, that was case on Nov. 4 as Isabella High School traveled to take on Highland Home High School in the first round of the AHSAA Class 2A state playoffs.

In a back-and-forth game that saw both schools hold leads at different points, it was Highland Home who advanced with a 29-21 win over the Mustangs.

“It was a big-time matchup with two top-10 programs, and to me, it felt like a third-round or semifinal game,” Isabella coach Tate Leonard said. “It went back-and-forth all night long.”

The game was scoreless after the first quarter, then Isabella quarterback Eli Kendrick found Dre’Von Lee for a 35-yard touchdown to give the Mustangs a 7-0 lead. Highland Home responded on its ensuing drive with a touchdown pass of its own with under a minute left until halftime, and the game went to the break tied at seven.

“I thought our kids were ready, and our intentions was to go down there and win, and we gave ourselves a chance to do that,” Leonard said.

Senior running back Zac Chapman put Isabella back in front with a 25-yard touchdown run. Then, Highland Home scored 14 unanswered points to end the third quarter and take a 21-14 lead into the final frame.

Isabella began the final quarter inside the Highland Home red zone, and Kendrick and Lee connected on their second touchdown of the game from 20 yards out to tie it at 21.

Highland Home jumped out in front for its second time in the game on short touchdown run and two-point conversion, and the Mustangs trailed 29-21 with four minutes left.

Isabella was driving and got into Flying Squadron territory, but a fumble derailed the Mustang’s drive, and ultimately their season.

Leonard said regardless of the outcome, the seniors on Isabella were impressive throughout their time in the program.

“This senior class started off as seventh graders with around 12, and they ended up with just four,” Leonard said. “Those four kids took it upon themselves to lead our football team, and I told them last night, they could not have asked for a better senior year. They did everything they were supposed to do, and I am really proud of them.”

Isabella will lose those four seniors, but Leonard said he “plans on being right back in the mix next season.”

“People really stepped up this year,” Leonard said. “A year that most people thought we would be rebuilding, but we were not and had a chance to make a run at the championship. It was really impressive.”