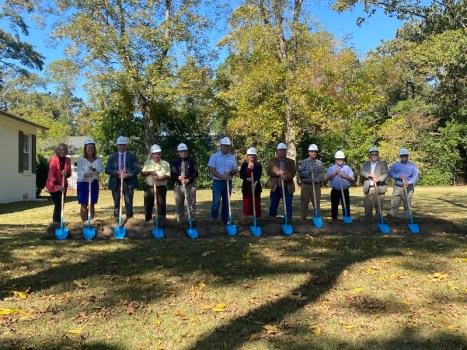 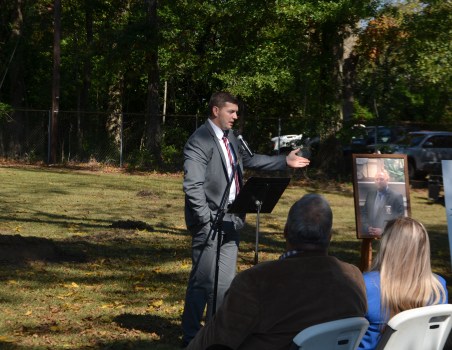 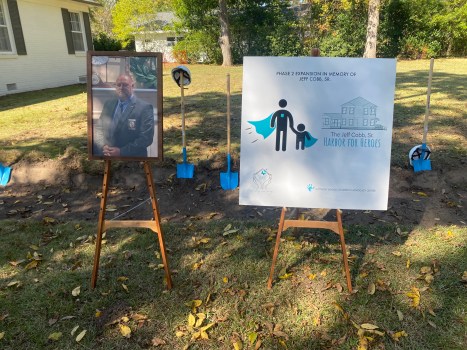 Phase two of the Butterfly Bridge facility will be dedicated in memory of Jeff Cobb Sr. (CAREY REEDER | ADVERTISER) 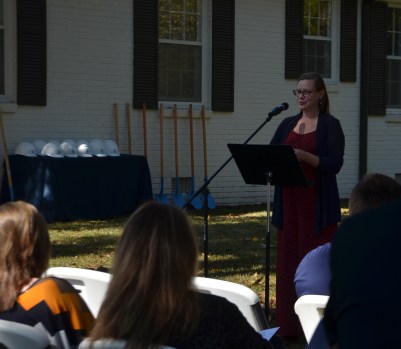 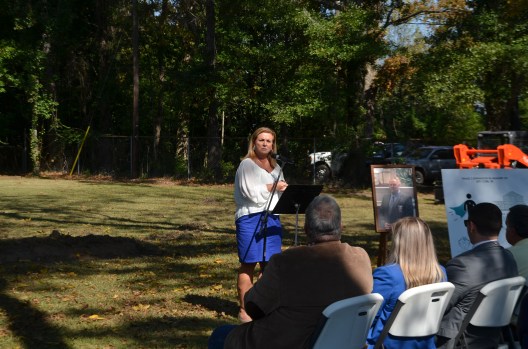 Ten years after opening its doors to the Chilton County community, Butterfly Bridge Children’s Advocacy Center broke ground on phase two of its facility in Clanton with a ceremony on Nov. 3. Operation “Expanding Our Wings” will add a training and conference center, a forensic medical exam suite, staff offices and additional therapy rooms.

“It has been amazing, and the turnout today was so wonderful,” Zuelzke said.

Phase two was projected to be completed in 2024, but Butterfly Bridge has already raised 60% of the money to meet its goal for expansion. The building is now projecting to take six-to-seven months to build and is expected to be complete by May 2023. Phase two will allow medical exams of victims to be done onsite as opposed to the victim traveling to Birmingham or Montgomery.

“It is so exciting, and we had no idea it was going to be this soon,” Jana Zuelzke, executive director of Butterfly Bridge, said. “This community has stepped up already … and they want to get this done for the kids just as much as we do. We hope that around May we will have a big dedication and ribbon cutting for the building.”

Zuelzke announced at the ceremony the phase two building will be dedicated to Jeff Cobb Sr. and called “The Jeff Cobb Sr. Harbor for Heroes.” Zuelzke explained the harbor is a place where vessels, the child victims of abuse, may find shelter. The heroes, Butterfly Bridge and the multi-disciplinary team, are who are offering courage and the ability to help the children.

During his law enforcement career, Cobb investigated hundreds of cases involving children as victims or witnesses. Accounts of Cobb at the ceremony spoke on how determined he was to bring those responsible for the trauma caused to justice. Cobb’s wife, Robyn, was in attendance and gave comments on her appreciation of the dedication.

“He was the epitome of a servant, an advocate, he treated everyone equal and everyone was important, and the kids came first in all of his cases,” Zuelzke said. “I could not think of anyone better to dedicate this to, because I know he would have loved to have been here today. He was a very special person to me, and to a lot of other people.”

“All those hours spent with him talking about what we need to do to better serve these children, and everything we used to talk about has come to fruition,” Robinson said. “We have made services available, made facilities available, and now, we have phase two with the medical part coming in. It is very satisfying to know all those hours I invested in a professional relationship that turned into a friendship, and really like a brother, all those things that we discussed are here, and it is just really exciting.”

Clanton Mayor Jeff Mims spoke to the crowd on his experiences with Butterfly Bridge. His late wife asked Mims before she passed away to give as much money as possible to support the nonprofit. Mims said, “she loved the work they do.”

“It is so pleasing that someone is out there doing what they are doing, because there are not many people that would do this,” Mims said. “You do not always know what someone will do when you give them something, but you can see this was worth every penny of it, and it was worth it all.”

Chilton County Commission Chairman Jimmie Hardee told a story about going to Butterfly Bridge with a family as a chaplain. Hardee said he remembers how soothing the whole aura of the facility was.

“The family asked me to come up here to Butterfly Bridge, and after we got there, I asked the family ‘do you mind if I leave?’ and they said sure,” Hardee said. “I could see the comfort this place gave that family. Everything is in place down to the toys … and it is very important we let the people of Chilton County know what Butterfly Bridge is and their services.”

The building for phase two for Butterfly Bridge will be a two-story building and connect to the building already on the property.