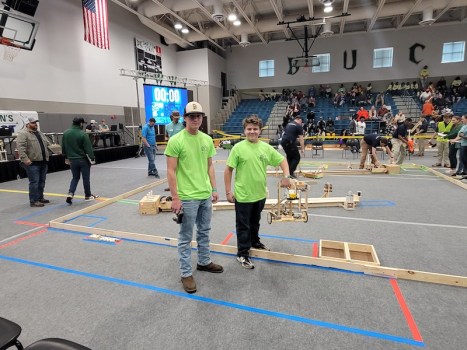 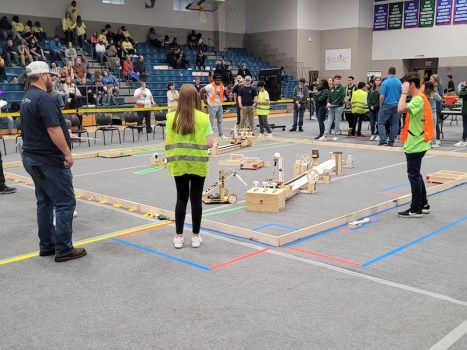 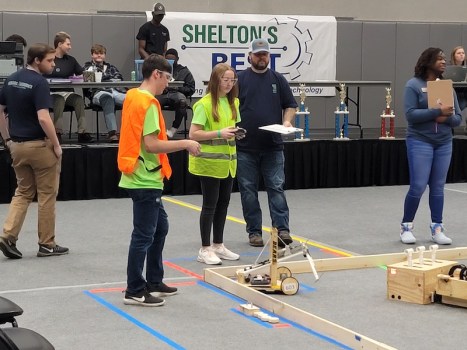 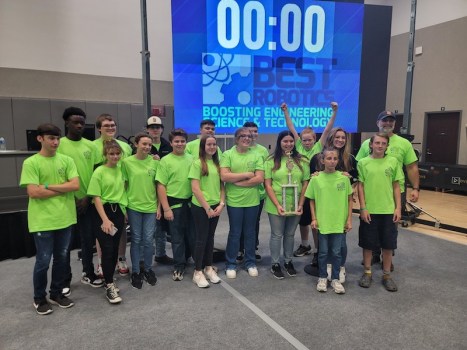 BHS competed against 13 other teams for the spot.

The team has advanced to the regional competition, which will be held in Auburn.

The competition is divided into two sections: engineering and marketing.

“It is very rewarding to know that all of the time that the kids have put into this paid off,” faculty advisor Tammy Tindol said.

Gavin Arnold said it meant a lot to place in the competition.

“It was amazing. It really was,” Marshall Headley said. “To hear our name be called, it really made all of us really proud to get third in the competition.”

“I was so excited,” Ada Willis said. “I was so stressed out all afternoon because I was so worried if we were going to make it or not because we had put so much hard work into getting things done.”

E.J. Dennis and Sadie Primm said they were shocked that the team placed.

Tindol said the robotics team opportunity is open to students in seventh through 12th grade. Those in seventh and eighth grade serve as interns assisting where they can and learning for when they will take more of an active role in high school.

The team has a total of 18 members.

The engineering team develops the robot and keeps detailed notes to submit with the project as well as operating the robot during the competition, while the marketing team presents a plan for how to market the robot to industry and has an exhibit at the event.

This year’s theme was “Made to Order,” and students designed assembly line robots. For the marketing component, the team developed a way to market the robot to local farmers to automate hauling hay.

“We looked at the community around us to find the problems or needs that we could meet and to work off the idea of what our robot would do for the community,” Cole Williams said.

Automating transporting hay bales was seen as a way to save farmers time.

“Our goal is to see the students develop skills that they can use in the real world,” assistant principal Jay LeCroy said, commenting that overcoming challenges as a part of the competition was one way to do that.

Headley said he enjoyed working with his classmates for the competition.

“I enjoyed talking with other teams, getting their ideas about how they were with their robots, and then seeing how we can make our robot better,” Addison Spigler said.

“I enjoyed the challenges that we had to overcome,” Everett Primm said of the competition.

He said a major component of the robot became loose at the competition and the team had to work together to fix it.

The marketing team prepared for the competition by reviewing what successful teams in the past had done, Willis said.

Willis also enjoyed “getting to hang out with other people that are interested in things you are interested in” from other schools as well as watching younger siblings of fellow competitors grow over the years.

Sadie Primm said the competition was “very stressful, but we overcame the problems that we faced and we all just worked together … we just trusted each other that we knew what we were doing.” She said developing the booth was challenging.

Dennis said talking to people about the robot during the booth portion of the competition is what he enjoyed the most. Dennis also enjoyed seeing the other team’s projects at the event.

The robotics team is raising funds and will compete at Auburn University in December.