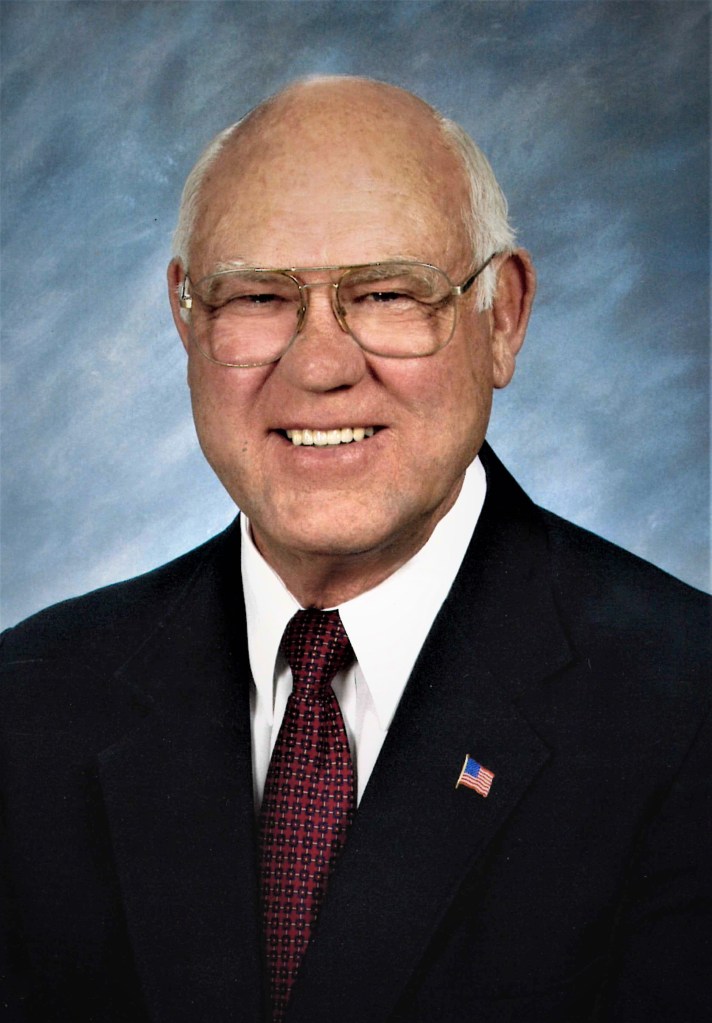 Long-time community leader Curtis Smith of Isabella passed away at the age of 89 on Oct. 29.

Smith will be remembered by many for his dedication to Chiton County through serving with multiple nonprofits, the Chilton County Board of Education and his career as an educator.

Smith’s impact went beyond Chiton County as he served in the Alabama state legislature for 20 years and had served in the U.S. Air Force and the Air Force Reserves, according to his obituary.

Isabella High School, where Smith began his career as an agriculture teacher and later served as principal, released a statement on its Facebook page thanking Smith for his service.

“Isabella High School would like to publicly share our condolences for the passing of a beloved member of our community, Mr. Curtis Smith,” it stated. “Mr. Smith gave 50 years of his life to serving in public education. He began his career in education as a teacher at Isabella High School and later became principal of our school. He went on to work at the district’s vocational and technical school and eventually served as an elected member of the Chilton County Board of Education. His career in education is just one of his many notable achievements. We are forever thankful for the impact Mr. Smith had on our community and our school. He was a remarkable person who will be deeply missed by all those who knew and love him.”

The P.E. building at IHS was named in Smith’s honor when it was dedicated in 2019.

“He was very instrumental in everything that happened around Isabella,” Andy Mims, Smith’s pastor at Mulberry Baptist, said.

Chilton County Board of Education president Pam Price served with Smith one term (six years) as a board member. She remembers how supportive he was of her efforts to get school resource officers in the schools and how he was always concerned about the budget.

Smith also served on the board for the S.P.A.N. program, which helps students that are behind get back on grade level.

“He was everywhere,” Price said.

Smith served on the board of directors for the local United Way and YMCA of Chilton County.

“He was always the consummate public servant,” CCS Superintendent Jason Griffin, who served with Smith on these boards, said. “Everything with him was about public service and hard work.”

“He was a true joy to always talk to,” Griffin said. “He was a wealth of knowledge for sure.”

During one of these conversations, Smith told Griffin, “you need to come serve on the United Way board.” Griffin had told Smith, “I think that would be a good idea.” Smith promptly told him when the next meeting was and to be there.

“It was expected from him that you contributed to the community as a whole,” Griffin said. “… I will always have good memories of Mr. Smith.”

Smith had also been involved with the local Emergency Assistance Center, Isabella Volunteer Fire Department and the Chilton County Chamber of Commerce.

He also served in his church, Mulberry Baptist. Mims said Smith led the choir for 17 years.

“What stands out to me about that was, it wasn’t because he was such a great singer or musician, there was a need in the church, and he stepped up to fill the need, as he would normally do,” Mims said.

Smith was a part of the church establishing an annual homecoming event in 1968.

Throughout his time at Mulberry, Smith “just wanted what was best for the church” and encouraged taking the time needed to make the right decision, Mims said.

Often, Smith could be found at Mulberry Baptist fixing something that needed attention.

“I don’t think he ever missed a work day or a service project for the community, even when he couldn’t physically do a whole lot, he would drive the truck, he would go get breakfast (for the team) or go to the hardware store he would haul stuff for us,” Mims said.

Smith’s funeral is being held today, Nov. 2 at 2 p.m. at Mulberry Baptist Church.