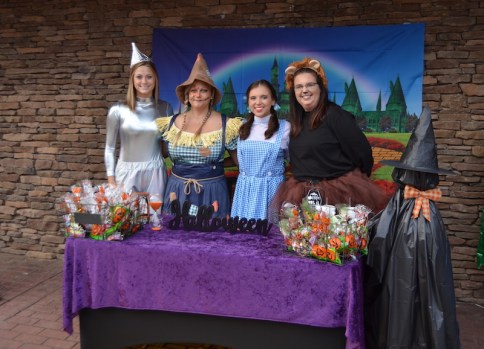 36seven50 Boutique was named the costume contest winner from those who set up on Main Street. 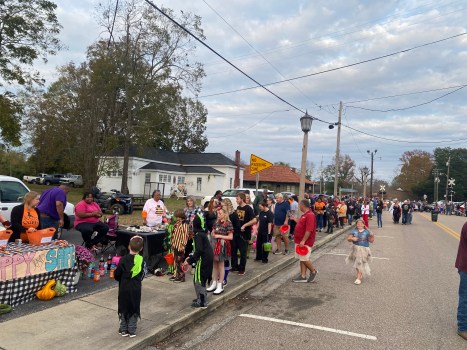 Trick-or-treaters lined up waiting for their turn for candy. 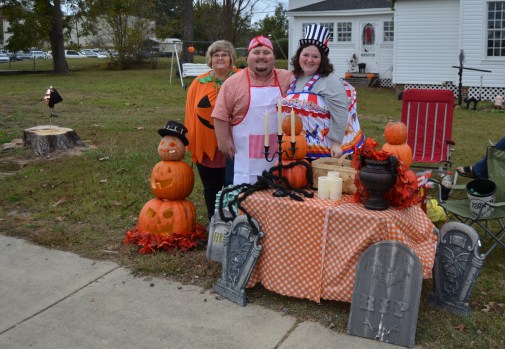 Gina Riley, Carson Riley and Tiffani Smith set up on Main Street for the event. 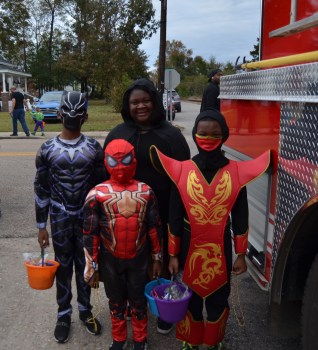 A family dressed up during the event. 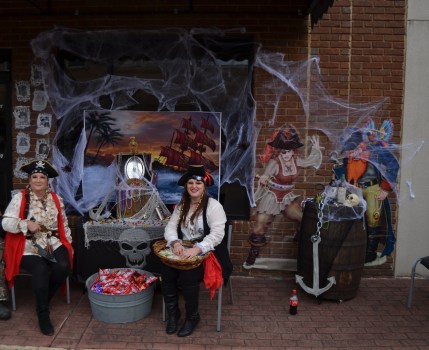 Maplesville Utilities Board members Pam Nichols and Dija Fletcher with their pirate tables on Main Street. 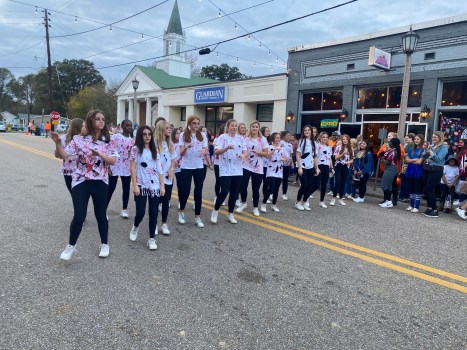 The Maplesville High School cheerleaders performing a routine to “Thriller”. 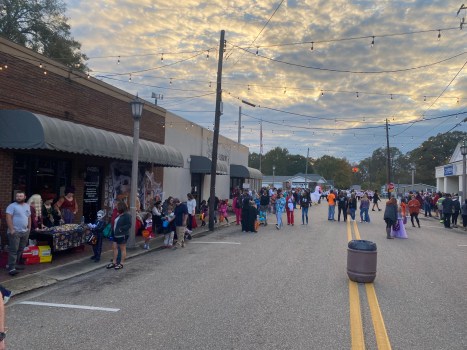 Trick-or-treaters crowded the side of the streets the entire event until 6:30 p.m. 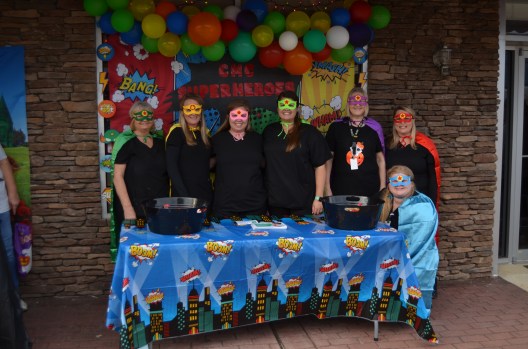 Cahaba Medical Care employees were superheroes for their theme this year. 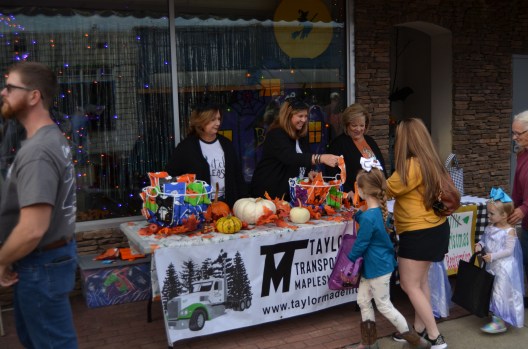 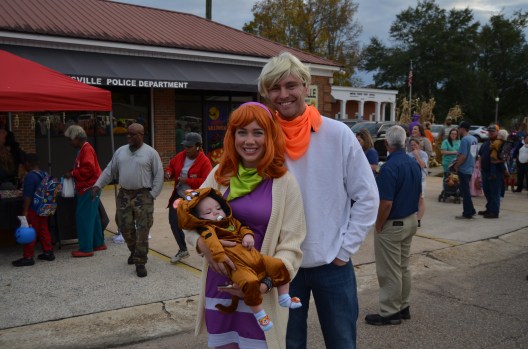 Emily and Neil Ousley with baby Everhett dressed up as Scooby-Doo characters for Halloween. 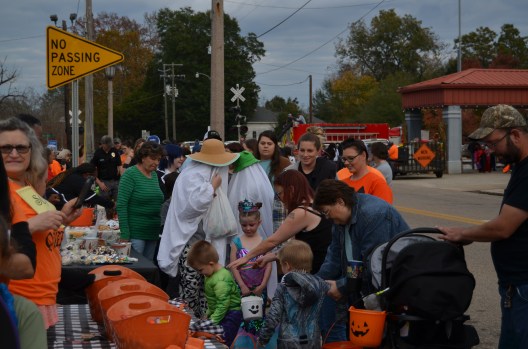 Hundreds of children received candy in downtown Maplesville during the event. 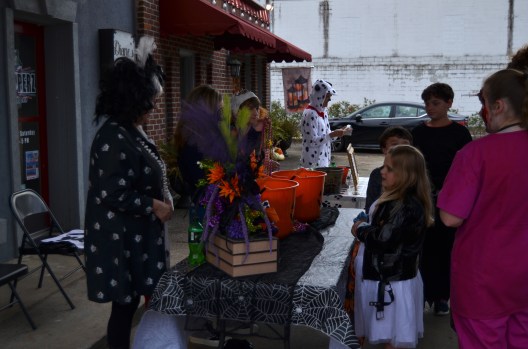 Some tables handed out beads as well as candy to trick-or-treaters. 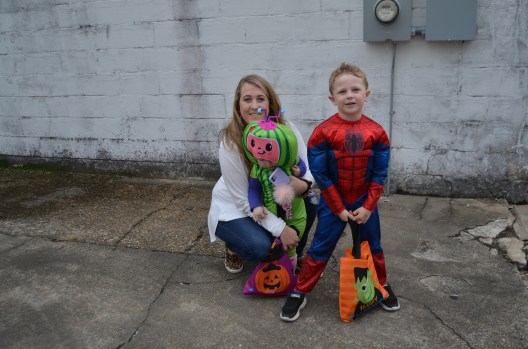 Katie Strickland with her two kids during Treats on Main. 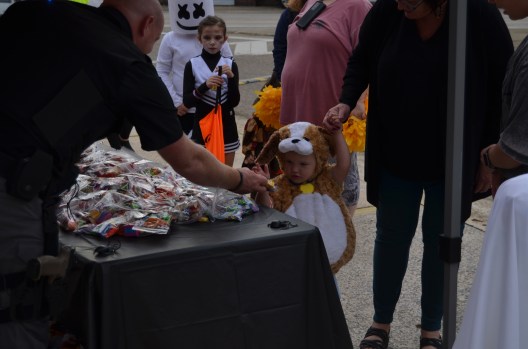 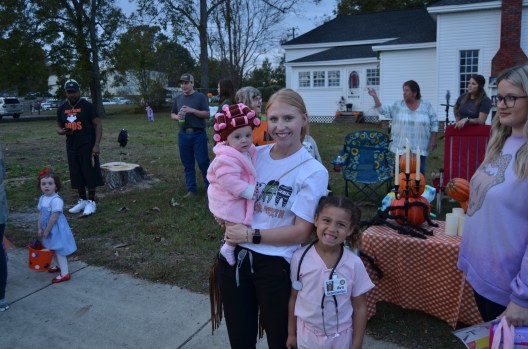 Jennilyn White, left, and her baby Harper with Ava Brown. 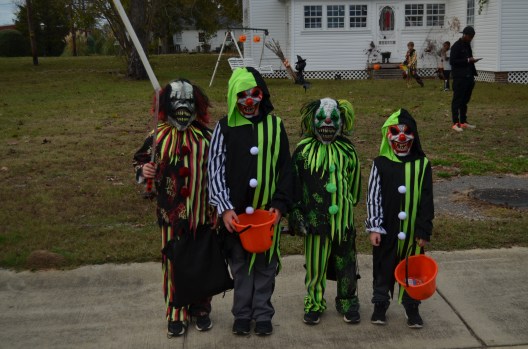 A group of kids dressed up during the event.

The town of Maplesville held its sixth annual Treats on Main trick-or-treating event on Oct. 31 from 5-6:30 p.m. Local businesses decorated storefronts and handed out candy to the trick-or-treaters that lined Main Street. The Maplesville High School cheerleaders performed a dance to Michael Jackson’s “Thriller”. 36seven50 Boutique was named the costume contest winner from the businesses who set up to pass out candy. 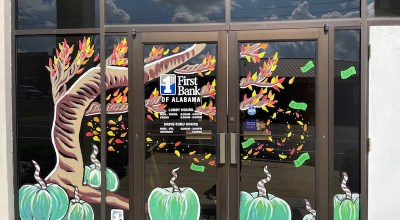