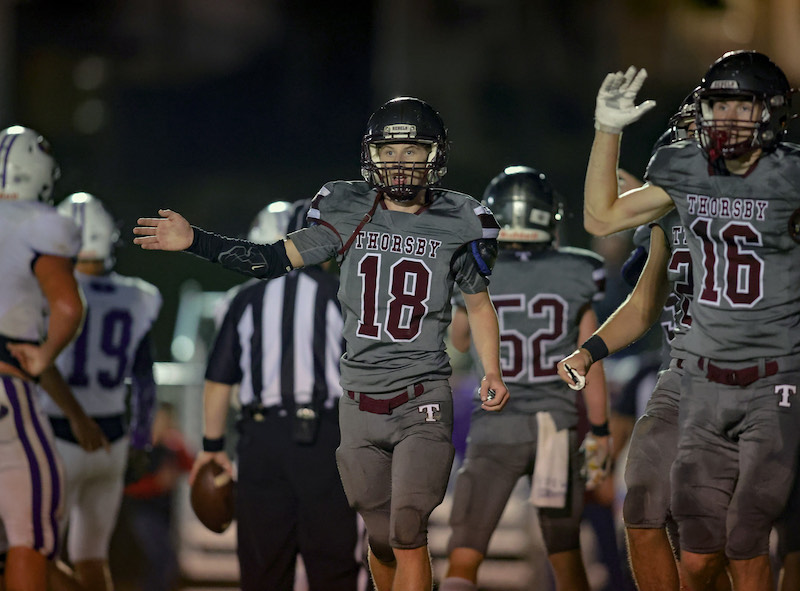 Thorsby High School’s Malachi Allgood is this week’s athlete of the week for his performance on the Rebels defense on Oct. 28 in Thorsby’s 42-22 win over Billingsley High School. Allgood recorded three solo tackles, assisted on eight tackles and made two tackles for loss to hold the Bears scoreless through three quarters.

“He is one of those kids that wants to make every tackle, and that is really important for the position he plays,” Thorsby coach Daryl Davis said. “He is always a step faster than the person trying to block him.”

Allgood has been a force on the Rebels defense since week one, and is averaging 12.7 tackles per game in 2022. His 127 total tackles (solo and assisted combined) this season puts him in the top 10 in the state of Alabama across all seven classifications.

Allgood posted his best game on Aug. 26 against Prattville Christian Academy recording six solo tackles and 21 assisted tackles. In Thorsby’s next two games Allgood made four solo tackles and assisted on eight others.

Then, the sophomore began to round into form the second half of the Rebels season. In the final six games, Allgood recorded double-digit tackles in each game and made nine tackles for loss.

As Thorsby’s middle linebacker, Allgood has a lot of responsibility in identifying the plays offenses are running based on what the offensive line does seconds after the snap. Each week that “key” can change, and Davis said Allgood has been able to adapt quickly each game.

“He works hard, and he is a very coachable kid … he does a great job at reading his keys which is very important at that position which makes him fast to the ball,” Davis said. “He spends a lot of time watching film, and week in and week out he is going to get his tackles. He is a special one.”

Allgood and the Rebels defense will face off with Reeltown High School on Nov. 4 in the first round of the AHSAA Class 2A state playoffs.