Isabella heads to playoffs with win over Keith 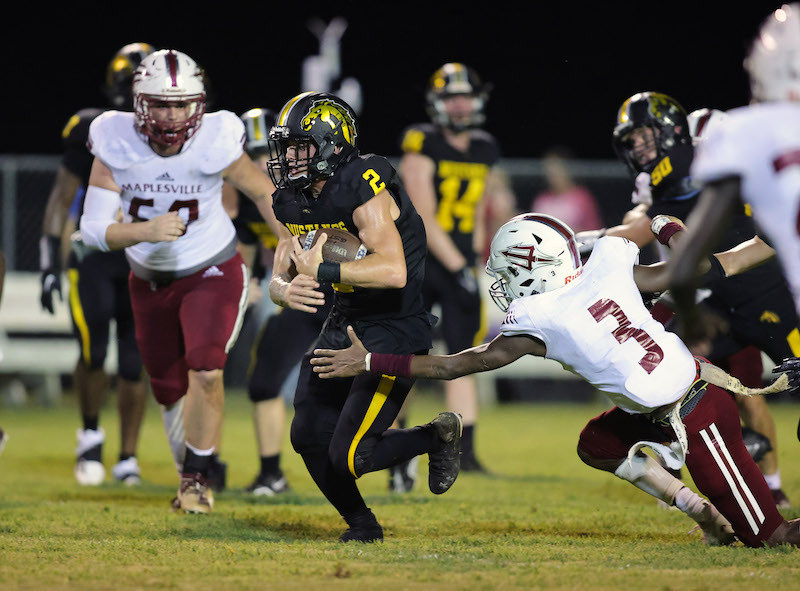 Isabella High School punctuated its 2022 regular season with a 55-28 win over Keith High School on Oct. 28. The Mustangs were stricken with the flu bug, and that allowed some of the younger players to make an impact. Isabella piled up 360 rushing yards overall.

However, some things stayed the same, such as senior running back Zac Chapman running for 277 of those 360 rushing yards and four touchdowns. Chapman had 306 all-purpose yards in the game.

“I thought our guys did a good job at stepping up,” Isabella coach Tate Leonard said. “We had some youngers guys get in there and get some things done, and I was happy with how we played.”

The Mustangs held a 14-8 lead after the first quarter on a 15-yard touchdown run by Chapman, and an 18-yard connection between quarterback Eli Kendrick and Dre’Von Lee. Lee continued his impressive night hauling in two more touchdown passes from Kendrick in the second quarter from 16 and 78 yards out. That sent Isabella to halftime with a 28-8 lead.

Lee caught eight passes for 169 yards and three touchdowns, and Kendrick was 14-for-17 with 266 yards passing.

Kendrick added a 13-yard touchdown run in the third quarter, and the fourth quarter was all Chapman. The senior punched in three touchdowns in the quarter, and capped it with an 80-yard scamper on his last score.

“It is good to have all of our playmakers on offense, and they will make any play call look good,” Leonard said. “Everyone around them are playing well too, and it really makes it fun to call plays when everyone is gelling.”

Isabella finishes the regular season with an 8-2 record, and will travel to Highland Home School on Nov. 4 in the first round of the AHSAA Class 2A state playoffs.