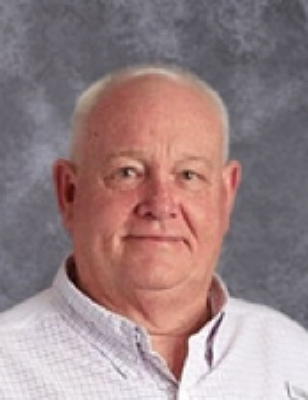 The Rev. William Donald Jones of Thorsby, long-time leader of Victory Baptist Church and Chilton Christian Academy in Jemison, will be remembered by those at CCA as someone who deeply cared about them and their students.

Jones died on Oct. 21. Although he had been dealing with health problems for the past year, his death was unexpected.

According to his obituary, “He served 21 years through Chilton Christian Academy and 21 years as senior pastor (of Victory Baptist Church.) He served for over 40 years as a board member on the Alabama Christian Education Association.”

CCA principal Charles Gottshall said Jones had initially come to the church as a music director and a teacher at CCA. He later served as CCA principal and then the pastor of Victory Baptist and continued supporter of CCA.

Even though he was no longer principal, Jones made a point to visit the school and say hello to everyone on a regular basis.

“He was involved in everything here,” Gottshall said.

He recalled how Jones would take time to talk to and pray for people when they were having a tough time.

“We worked together well,” Gottshall said. “We would sit and talk about things, and if there was a big problem, we would talk about it and work through it.”

Teacher Phylliss Smitherman first met Jones when her oldest daughter began attending CCA about 30 years ago. About five years later, she became a CCA employee. She said Jones was always a “very positive influence on my children,” who all attended the school.

Janet Holsenback said Jones was part of the reason she “fell in love with” teaching at CCA.

“He was an encourager,” she said. “You could talk to him and know that you were being heard … He cared about the children’s academic education and their spiritual education.”

Teacher Brenda Bates said Jones had an “ability to welcome everybody and make them feel like they were a part.”

“He was an excellent minister,” Bates said. “I have sat under some of his devotions over the last year and a half or so, and they were very good. He will be missed.”

Pam Harmon, a third grade teacher at the school for 26 years, said Jones offered “words of wisdom to use” whenever she came to him with a problem.

“He was always so kind to listen to everything that you said,” teacher Katie Hayes said. “He took every situation and looked at all sides before he responded.”

She also remembers Jones being humble enough to apologize, if he felt he could have handled a situation in a better way.

Prayer was also a part of his decision-making process.

“I appreciate him giving me opportunity to be here,” Hayes said. “I didn’t think I could teach older kids. I had always taught littles … he was so encouraging and confident and gave me that opportunity and I will be forever grateful for that. I love this age now.”

Dr. Rufus Webster, science and Bible teacher, remembers how Jones was a little hesitant at first to hire him because his career had been in a public school system.

“He had to take a risk in bringing me on … however, 22 years later, I am still here, and we became really fast friends,” Webster said. “… I couldn’t ask for a better friend. He has left a big void in my life.”

He said Jones made a tremendous impact in Chilton County.

Now, several teachers that have retired from teaching in public school systems teach at CCA.

Teacher Cindy Brackin described Jones as “compassionate … he loved everybody.” She said the Joneses are “just a wonderful family.”

A special memory of Jones for Brackin is his prayer for her and how he came to the hospital and sat with her husband during her breast cancer surgery. Chemotherapy meant she missed a week of class every three weeks for a few months, but “I never missed a paycheck,” Brackin said.

“He had a very servant’s heart, and he was willing to help others who also have the same mindset,” Teacher Bridgette Sullivan said.

She said Jones helped her family when they moved back to the United States from the missions field and were starting over.

“That is a legacy that we want to continue, that servant’s heart, for him and for the Lord,” Sullivan said.

Gottchall said CCA will continue the work it does in the way it has and continue Jones’ legacy.