Suspect in shooting case charged with manslaughter, other unrelated crimes 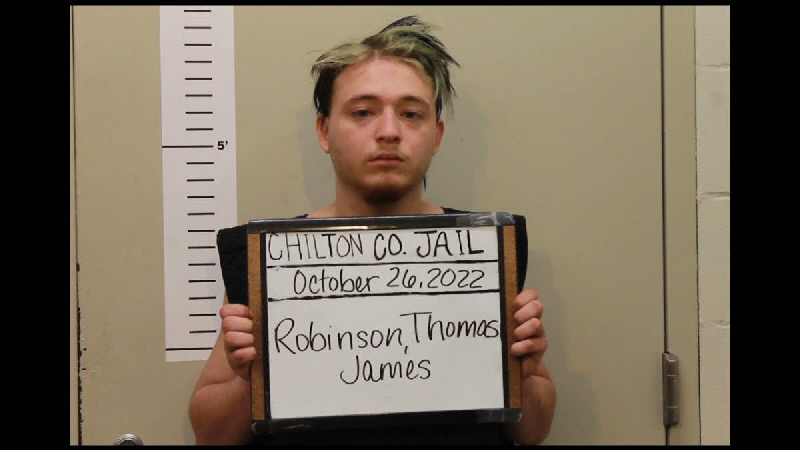 Thomas James Robinson, 21, is being charged with reckless act manslaughter for the shooting death of his brother Bryan Scarbrough.

“We believe that it was a reckless horseplay with a gun that he may have thought wasn’t loaded,” Chilton County Sheriff’s Office Assistant Chief Shane Mayfield said.

Autopsy reports that came back Oct. 27 did not line up with what Robinson had initially told law enforcement. Mayfield said the suspect was than interviewed again, leading to a manslaughter charge.

CCSO had been trying to locate Robinson for several months on charges of sodomy first on a child less than 12 and also sexual abuse first on a child less than 12. The incident leading to the charges occurred with an 8-year-old last year, but it was not reported to law enforcement until this year when the child told family members. Mayfield said the victim was Robinson’s distant relative.

Robinson was initially arrested on Oct. 26 with unrelated charges of burglary non-residence no force and theft on County Road 28. Mayfield said there was video evidence for the burglary and theft charges that led to the arrest. His bond had been set at $5,750. However, on the manslaughter and sex abuse charges, CCSO will be asking for a high bond when the official warrants are signed, Mayfield said.