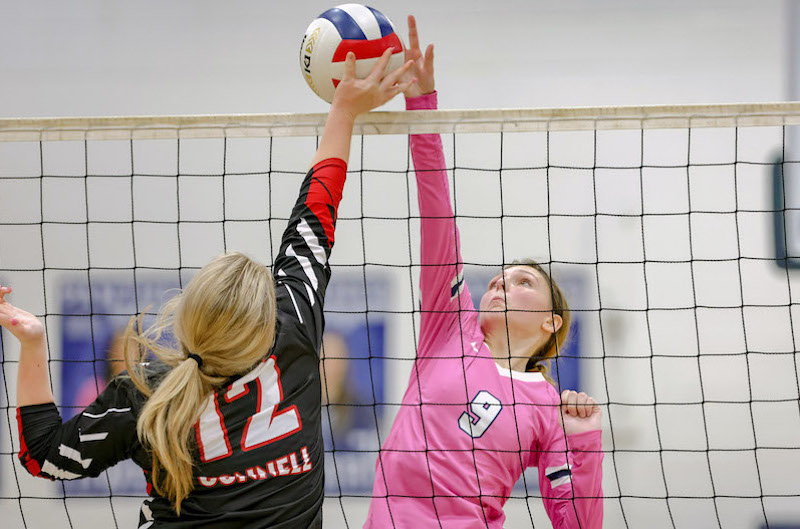 Five high school volleyball teams from the Chilton County area entered the AHSAA South Volleyball Regional tournaments on Oct. 19-20 with their chances still alive at advancing to the state tournament. While two schools advanced to the second round, all five schools fell short of the semifinals in Montgomery and a berth into the state finals.

The Class 5A Area 8 champions Jemison High School were one of the two schools who advanced to the sweet 16 with a 3-0 win over Charles Henderson High School in the first round.

The Panthers faced off against Gulf Shores High School in their second game, but fell in straight sets 3-0. Jemison improved upon its 2021 appearance in Montgomery by winning a game and advanced. The Panthers lost in the first round of the Class 5A regional tournament last season.

Billingsley High School, who played Maplesville in the area tournament final, lost in its first-round game to Leroy High School 3-0. The Bears finished the season 9-6, according to the regional tournament bracket.

Isabella and Thorsby high schools each took the court on Oct. 20 in the Class 2A Regional Volleyball tournament. Isabella faced Ariton in its first-round game, and the Mustangs fell in straight sets 3-0.

“Overall, we had a great season. I had a great group of girls come in and commit to the mindset and work ethic we are teaching them,” Isabella coach Kacie Adams said. “We gave them a difficult schedule this year, and they handled it. They handled the adversity fairly well, and I could not be prouder of them.”

Isabella finished the season with a 23-14 overall record, runners up in the 2022 Chilton County Volleyball Tournament and the Class 2A Area 8 champions.

Runner-up in the Class 2A Area 8 standings, Thorsby lost in the first round to G.W. Long High School 3-0.

“Regionals was a great experience, and my girls played as a team with great attitudes,” Thorsby coach Brittany Maddox said. “The outcome was not what we wanted, but we held our heads up … had a great mindset going in. I am just so proud of all of them.”

Thorsby ends the season with a 12-12 record overall including weekend tournaments.