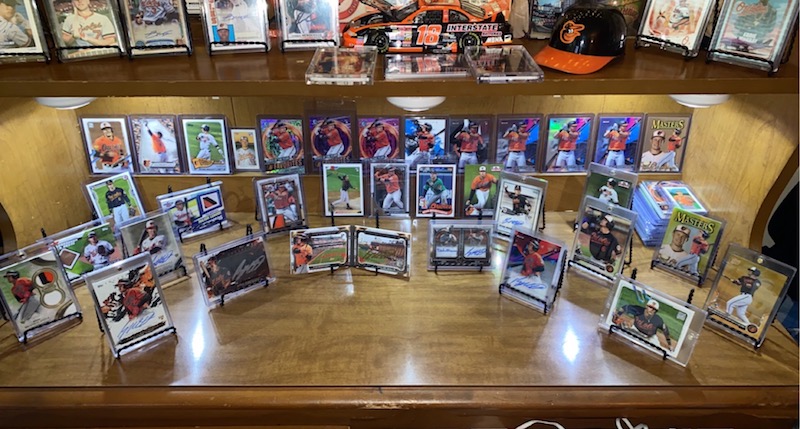 There is nothing encapsulates a professional athlete’s life better than a trading card. The players entire career, where they came from and how they got there is all in one place. It is more exciting when the athlete is from the same city one is from.

I collected cards when I was younger, but got away from it in high school and the start of college. In the summer of 2020, I inherited my grandfather’s collection of baseball, football and basketball cards from the 1960s to the early 2000s. I now had thousands of cards from hundreds of different sets, and my love of trading cards was back again.

The more I looked into trading cards, one of the most interesting things I came across were cards of players from towns around me. During a college internship, I was able to connect with a family who had two brothers, Al and Frank Lary, that played Major League Baseball. I wrote an article about their lives, and when I got back into collecting cards I realized they may have some cards — and I was right. I found a 1961 Topps Frank Lary card in a box full of cards in a central Ohio antique market.

When I started at The Clanton Advertiser in February, one of the first things I looked into were professional athletes from the area, and if they had any cards. Two names from Clanton popped up from the MLB, Clay Carroll and Jackie Hayes. A lot has been written about the two Clanton players, but I was more interested in their cards.

According to the website Trading Card Database, Carroll had 79 cards that were produced that featured his likeness. Several cards are from his playing days in the 1960s-1970s, but some newer cards are scattered through modern day sets. Hayes has 18 cards, but his are spread out over more years.

In the National Football League, Maplesville produced two NFL athletes in Tommie Agee and Harold Morrow. Both players have trading cards as well. Agee has 16 cards ever made from 1988-1993, and Morrow has six cards from 1997-2002.

While I do not have any of their cards, I am interested to see if anyone in the Chilton County community has some and would like to bring them by the office to share. I am also in the process of creating a list of cards from all four players. From there, I am hoping to track down some of the cards to have at The Clanton Advertiser office for fellow baseball nuts or athletic historians to enjoy as well.

I think it would be really neat to have a small collection of the professional sports stars who made a name for themselves from Chilton County, and for all residents to have an opportunity to see it for themselves.