Rolling with the ancient arts 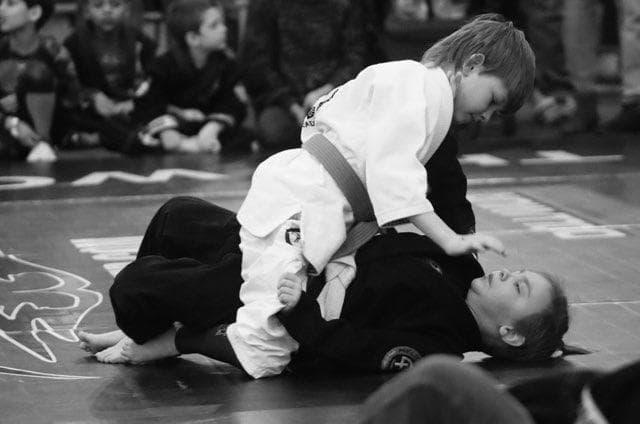 Most eight-year-old boys enjoy playing with Lego bricks and video games in their free time, but Clanton resident Jake Harris has another passion — Jiu-Jitsu. Each week, he and his partners practice sparring, also known as “rolling” at NXG Martial Arts in Clanton. Jiu-Jitsu, which was during the 1920s by the Brazilian Gracie Brothers. Carlos Gracie was taught Jiu-Jitsu by a traveling Japanese judoka, and the Gracies developed their own concept of the sport.

The first mention of Jiu-Jitsu was in 710 – 794 A.D., and combined forms of Sumo and various Japanese martial arts which were used on the battlefield for combat.

Harris practices Brazilianped during the 1920s by the Brazilian Gracie Brothers. Carlos Gracie was taught Jiu-Jitsu by a traveling Japanese judoka, and the Gracies developed their own concept of the sport. Brazilian Jiu-Jitsu is taken from traditional Japanese jūjutsu, that a smaller, weaker person can successfully defend themselves against a bigger, stronger, heavier opponent by using leverage and weight distribution, taking the fight to the ground and using a number of holds and submissions to defeat them.

Harris, a grey belt, travels to competitions thought the state as well as out-of-state competitions to be matched with other students from around the country in weight and skill level.

“You have to get through challenges you are put into. It is a lot of hard work, but fun,” Harris said. “I love the friends I’ve made and the new ones I meet at competitions, including celebrity martial arts competitors.”

Priscilla Harris, Jake’s mother, who manages Jake’s Jui-Jitsu social media pages and travels with him to competitions, said that being part of Brazilian Jiu-Jitsu has brought the greatest sense of discipline to her son’s life.

“He is disciplined in everything he does,” Priscilla said. “NXG teaches them the importance of discipline, and you can see that in every part of his life. His room stays clean. He makes A’s at school. It also has taught him the importance of standing up when you see something bad happening.”

Last week, Jake and his teammates competed in Birmingham at the state competition (which is held twice a year). He won seven out of 10 matches and placed second overall.