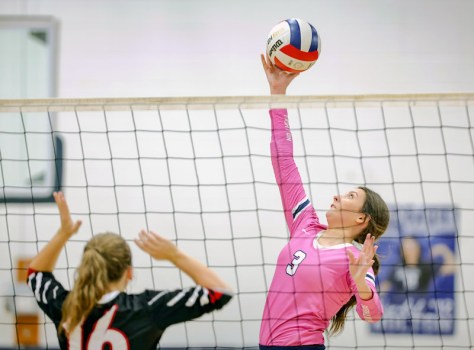 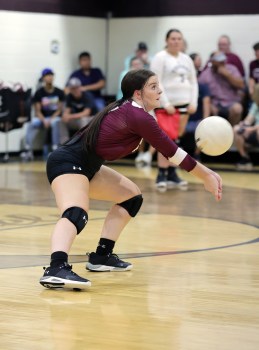 A Thorsby High School player digs out a ball for the Rebels. (FILE | ADVERTISER) 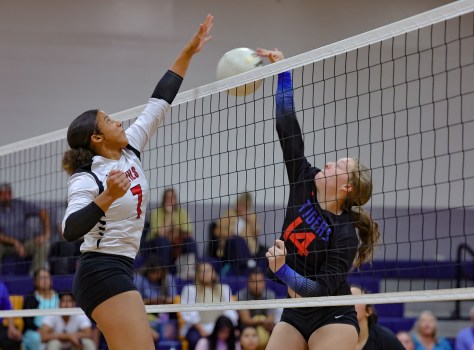 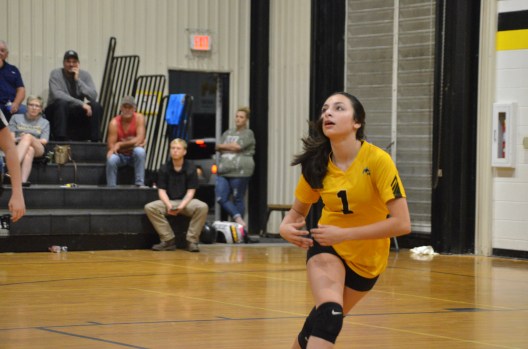 Five Chilton County area high schools still have an opportunity at bringing home a state title for their respective schools at the 2022 AHSAA South Regional volleyball tournaments in Montgomery from Oct. 19-21. All of the south regional tournaments will be played at the Cramton Bowl Multiplex in Montgomery.

Jemison High School, who won the Class 5A Region Area 6 title, gets their regional tournament started at 10:15 a.m. on Oct. 19 against Charles Henderson High School. If they advance, the round of 16 matchup will be at 3:30 p.m. later that day against the winner of Gulf Shores High School and Demopolis High School.

“We feel really good about it, but we know we still have a big fight to get to the next step,” Jemison coach Melissa Baswell said. “Our ultimate goal was to make it to the sweet 16, and we know we have to fight to get to where we need to get to.”

Jemison is led by nine seniors, but Baswell said it will take a complete team effort to achieve those goals set.

In the Class 2A south regional tournament, Chilton County has two shots at a state champion in Isabella and Thorsby high schools. Isabella, who recently made it three-straight Class 2A Area titles since 2020, is hoping to advance one round further in 2022 than the previous two years. The Mustangs won their first-round games in 2020 and 2021, and faces Ariton High School in the first round on Oct. 20 at 12:45 p.m. If the Mustangs advance, their round of 16 matchup is at 3:30 p.m. later the same day against the winner of Bayshore Christian School and Lanett High School.

Isabella coach Kacie Adams said after the area tournament on Oct. 13 that the Mustangs have been going to tournaments against bigger schools in preparation for the playoffs, and the team responded well to it. Isabella was led by Alexia Valerio with 35 digs in the two games in the area tournament, and Makayla Logan had 12 kills and six aces. Jaiden Cummings had 13 digs, nine kills and six aces, and Lexi Higgins had 13 kills and four aces throughout the two games.

Thorsby is returning to Montgomery for the first time since 2020 when the Rebels exited the regional tournament after one game. The Rebels look to advance further on Oct. 20 at 11:30 a.m. against G.W. Long High School. If so, Thorsby will take on the winner of Horseshoe Bend and Chickasaw high schools at 3:30 p.m. the same day for a spot in the state tournament finals.

“We feel really good going into it, and we have not been in a while so it is a big thing for our five seniors,” Thorsby coach Brittany Maddox said. “Their teammates have worked really hard for them this year for them to be able to go.”

Maplesville and Billingsley high schools have made it to Montgomery and the south regional tournament for the last three seasons. The Bears have had two first-round exits, and face off against Leroy High School on Oct. 19 at 12:45 p.m. If Billingsley advances, the Bears face the winner of Sweet Water and Brantley high schools in the round of 16.

Maplesville lost in the first round in 2020, but advanced to the round of 16 in 2021 with a win over Choctaw County High School 3-0 then lost to Woodland High School. The Red Devils begin their quest for a spot in the Class 1A state tournament finals on Oct. 19 at 12:45 p.m. against Fruitdale High School. If Maplesville advances, a matchup between the winner of Southern Choctaw High School and Pleasant Home School awaits them in the round of 16.

All of the south regional tournament games can be seen on the NFHS Network by subscription.