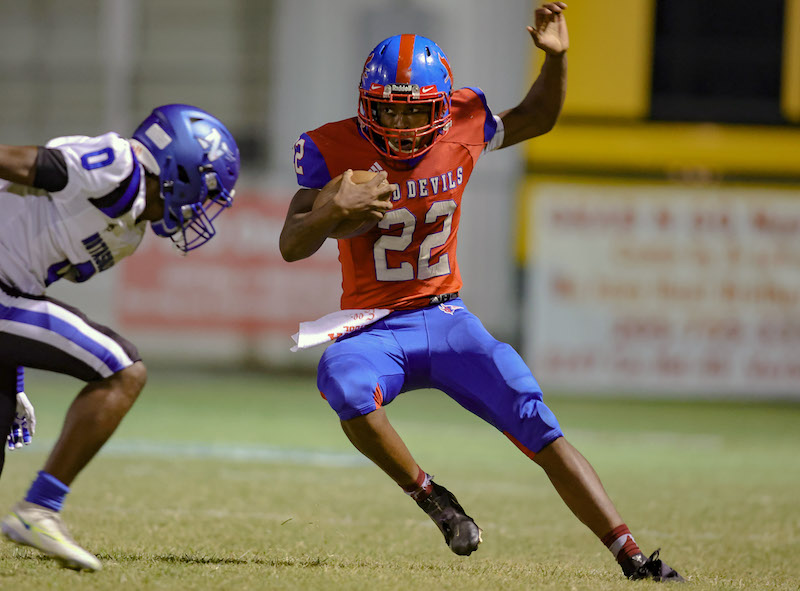 Verbena quarterback Johnathan Marino took in a two-yard touchdown to open the scoring in the game, and Jarod Quinn punched in the two-point conversion. Autaugaville got on the board with its own rushing touchdown and two-point conversion to tie the game at eight apiece going into the second quarter. Verbena running back Jacob Morris broke off a 46-yard touchdown run midway through the second quarter to make that the difference at halftime with the Red Devils up 14-8.

Verbena ran the ball 70 times against Autaugaville and piled up 374 rushing yards.

“We preached all week that we wanted to be the hammer not the nail,” Verbena assistant coach Gehrig Douglass said. “All night we wanted to bring it up front.”

The Eagles tied things up again at 14 quickly after halftime, but it was all Verbena the rest of the way. D.J. Jackson ran an 18-yard rush into the end zone, and Marino found Tyler Kozak for the two-point score to put Verbena back on top 22-14. Jackson followed that up with an eight-yard touchdown in the fourth quarter to give the Red Devils its first double digit advantage of the night. Quinn put the finishing touches on the historic win for Verbena with a 14-yard rushing touchdown with a few minutes left.

“We are telling the guys to take it week-by-week, and they know exactly what type of season they want to have,” Douglass said. “The kids could not be more excited to have an opportunity like that.”

Kickoff is scheduled for 7 p.m. at Maplesville High School.