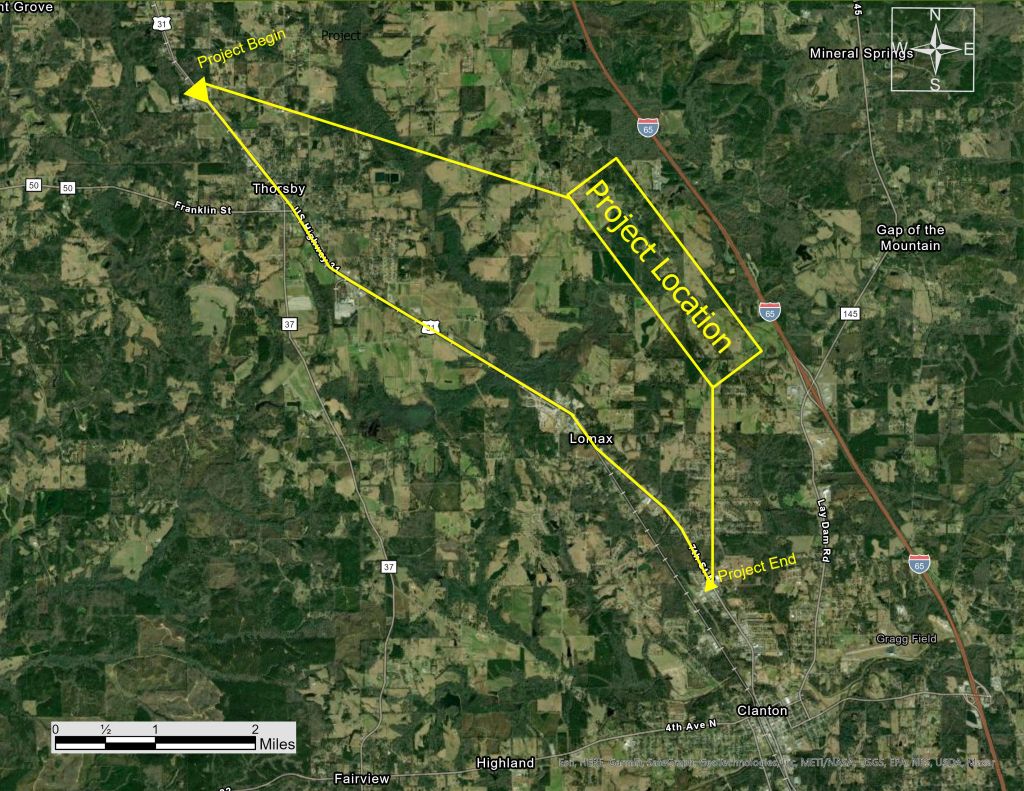 The Alabama Department of Transportation is accepting public comments through Oct. 14 on a proposed change to a portion of Highway 31 in Thorsby.

The portion of Highway 31 from Inverness Drive to Collins Street is scheduled to be repaved, likely next year, but ALDOT is also considering changes to the traffic pattern between these lanes. These changes would include changing from two lanes in each direction to one lane in each direction and a center turn lane. On the southbound lanes next to the railroad track, there would also be a right turn lane.

“They have had problems in the past, if a train would come by and block the lane, cars would get hung up out there on Highway 31 because you can only get like one car off the road until (traffic) was stuck and waiting for the train to come by,” David Kemp, ALDOT region preconstruction engineer for the West Central Region, said.

The portion of road had been considered for repaving last year. Kemp said a study that had been done turning four lane highways with low traffic into two lanes with a center turn lane was then considered as a something that could also be done in Thorsby.

Public comments can be made on the ALDOT website

He said each comment is considered when deciding whether the traffic changes will be made.

“This four lane to a three lane is not something that is a guarantee at the moment, but we do want public comments,” Kemp said. “We will weigh various options, weigh the traffic volume, look at safety measures and then we will go from there.”

More information and maps of the area are available at dot.state.al.us/news/opmSTPAAHSIP0003(646).html