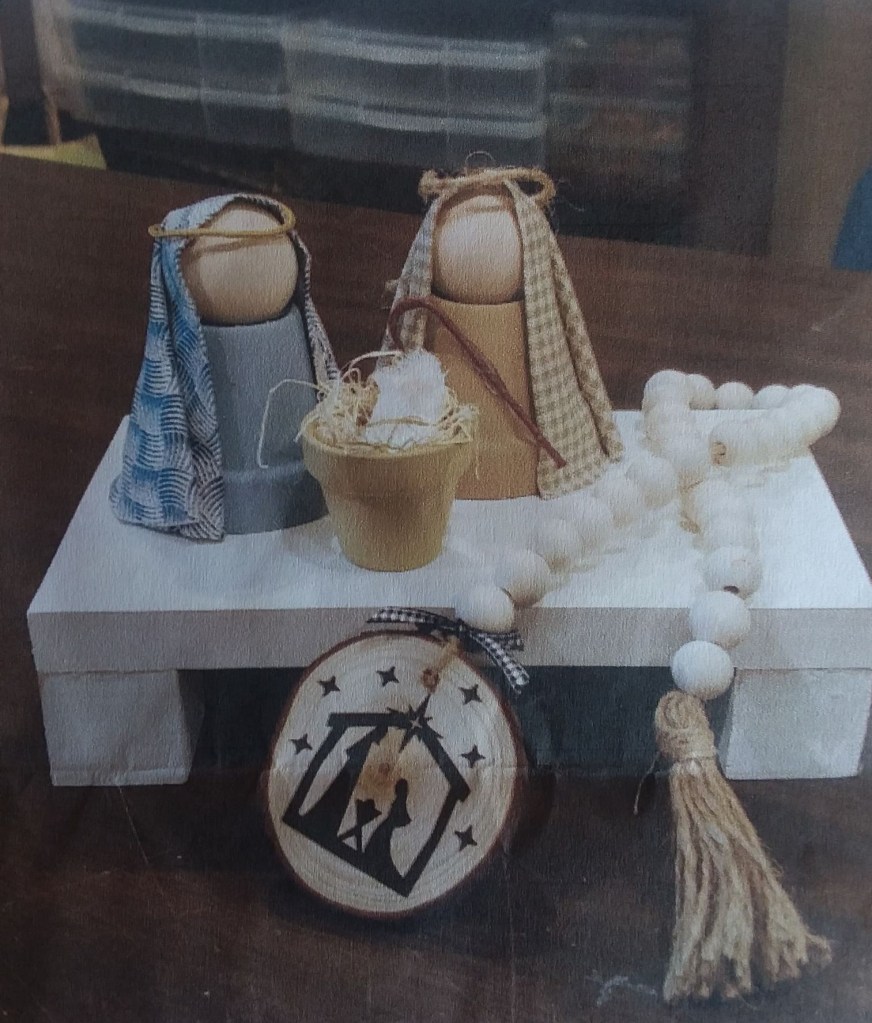 Trinity Episcopal women have formed a fellowship circle that has made handmade items for their church “Holidaze Bazaar” which will be Nov. 12. (JOAN HARGROVE | CONTRIBUTED)

“I am a retired teacher and began crafting as a way to make gift ideas for other teachers and Secret Santa gift ideas,” Hargrove said.

In 2010 when Hargrove retired, she and her husband moved to Chilton County from Virginia to be near Lake Mitchell.

“We began going to Trinity Episcopal,” Hargrove said.  “Our former church was large and from the beginning I loved that Trinity was a smaller church. I thought it would be the perfect atmosphere to have a bazaar.”

After Trinity Episcopal members visited a bazaar hosted in Montgomery, Hargrove felt inspired to organize a crafting circle for her church members.

“There were not many women within the church that were crafters. so I decided to organize a crafting circle that meets every month to make a different craft project,” Hargrove said.  “It was very important to me that we make and sell all handmade items. I know when I receive a handmade item I appreciate it more because of the time and love that went into making it.”

The fellowship circle began meeting in January and since the beginning of the year have made an astounding amount of handmade items including 300 Christmas ornaments, wooden-ceramic Holy Family sets, Fall décor, Secret Santa gifts, stocking stuffers, jewelry, teacher gifts, wreaths, gift tags, note cards among other items. Most all gift items are under $12.

During the circle’s efforts to create and organize the bazaar, fellowship developed which drew the women closer.

“I have really enjoyed the time of fellowship that we have been having,” said Janet Pandzik, a member of Trinity Episcopal. “We have a great time coming together crafting. It is fun!”

Historically, Trinity Episcopal men come together once a month to have a prayer breakfast, but not many opportunities existed beforehand for the women to come together.

“We have been making crafts for almost an entire year so we want to do something different for next year,” Hargrove said. “The theme for next year’s bazaar, we will be selling a large collection of vintage Christmas decorations.”

Trinity Episcopal’s Holidaze Bazaar will be Nov. 12 from 9 a.m. to 5 p.m. with live music and a food truck. Even though the event is nearing the women are planning to continue their fellowship circle for the future.

“The main thing is that the women want to keep meeting,” Hargrove said. “We want to keep the fellowship going.”

All crafting materials for the Trinity Holidaze Bazaar were donated or upcycled. Proceeds from the event will go to Trinity Episcopal’s general fund, which supports ministries such as the Red Beans & Rice ministry, neighborhood food pantry and other local outreach.

Trinity Episcopal is located at 503 Second Avenue South in Clanton.