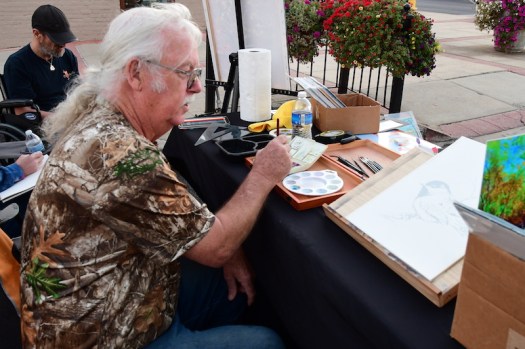 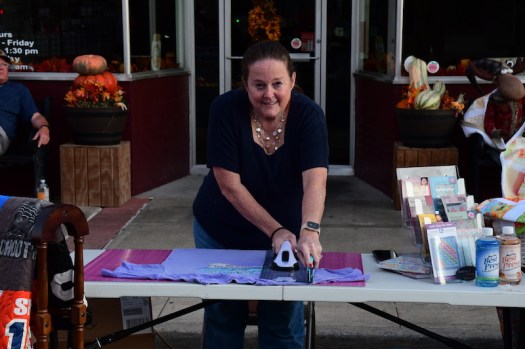 Penny Smith cuts the sleeves off of a T-shirt to get it ready to be a part of her quilt. (JOYANNA LOVE | ADVERTISER) 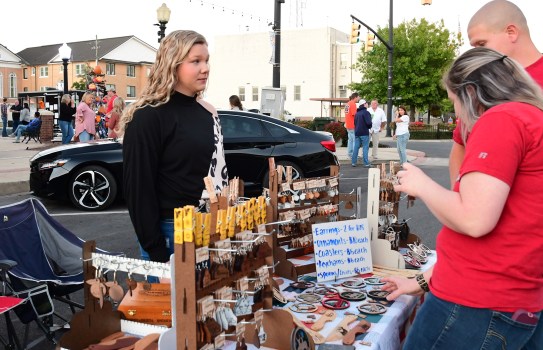 Allie Hand had a variety of wood items for sale. 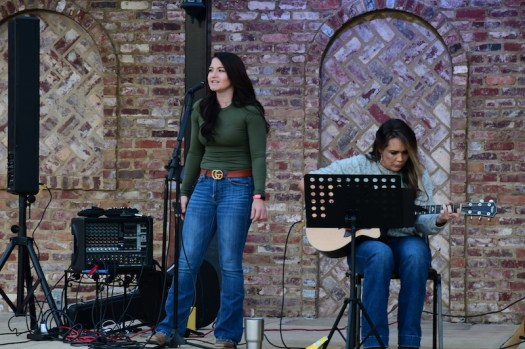 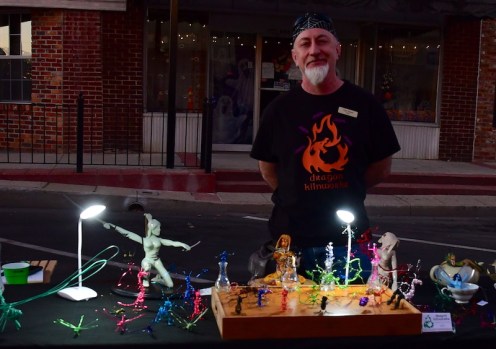 Tym Davis of Alabaster with his wire creatures. 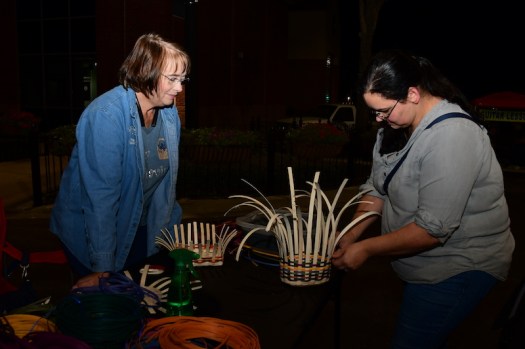 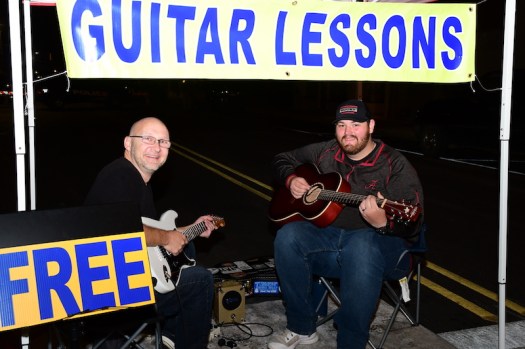 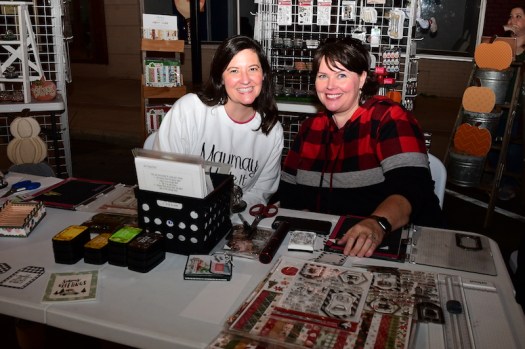 Shannon Woodfin, left, and Maymay Helms demonstrate how to use their stampers. 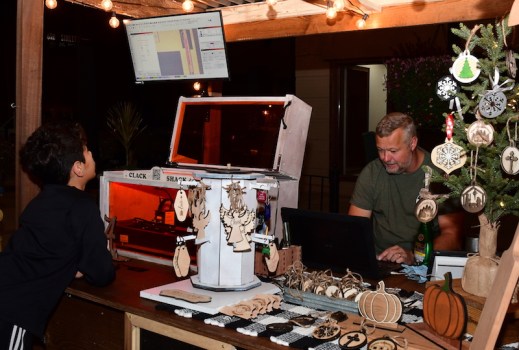 An attendee watches as David Clackley creates a design on his computer for the laser to cut out. 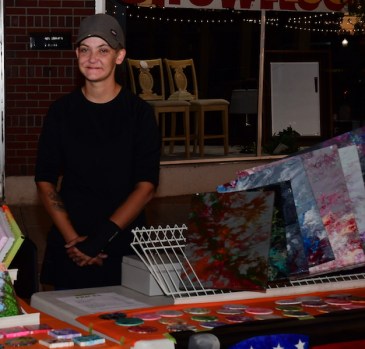 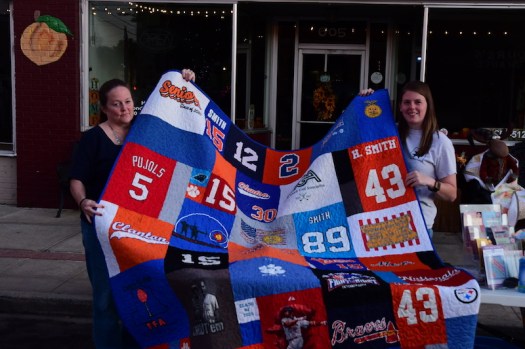 The City of Clanton Arts Council held its first event, Artober, in downtown Clanton on Oct. 8.

The event invited artists to actively work on a piece as well as display and sell completed artwork.

Live entertainment performed throughout the event, and attendees could take a free guitar lesson.

A variety of artists who worked with different mediums participated.

For high school junior, Allie Hand it was only her second time participating in an art festival.

She had wooden keychains, ornaments and refrigerator clips for sale.

“We just started making these a couple months ago,” Hand, said. “We just bought a laser, just to see what we could do with it.”

She started making projects that she thought would have a wide appeal. Much of her inspiration comes from conversations with her friends and their recommendations.

“It’s kind of calming,” Hand said of creating art from wood with the laser.

David Clackley was at another booth demonstrating how to create designs with a laser system.

“I just enjoy getting out in the public. I especially like the younger folks seeing this,” he said.

Each of Clackley designs for the laser projects are created on his computer.

“Primarily, I do wood, but I do … acrylics and metals and other stuff, too,” Clackley said.

Clackley has enjoyed doing woodworking, but wanted to personalize the items. With years of experience with computers, creating a design electronically that could then be etched onto an item seemed like a good fit.

“I love it now,” Clackley said.

Penny Smith was working on a quilt made from T-shirts at the event.

“I like taking things that are piled up in peoples closets and making something out of them that they can cherish for years to come,” Smith said.

Meaningful T-shirts are often used to create a quilt of memories.

Smith has been quilting for 25 years. She enjoys quilting because each quilt is unique.

“It’s fun and relaxing,” she said.

Tym Davis of Alabaster had actually found inspiration at another art show for the items he was selling. He had finished setting up early for an art show in Montevallo when he began considering if he could make something from the leftover floral wire. He created a dragonfly and other bugs. While he was making the creatures, someone watching asked if he could buy one.

“It has kind of caught on,” Davis said.

The dragons, bats, dragonflies and other creatures he fashions from electrical wire were getting some notice at Artober.

Davis also had pottery at the event.

“I started doing art when I was in my early teens,” said. “I started painting, drawing, and then a year ago, I got into fluid art. It is acrylic paint (and) you blow it around pretty much.”

City of Clanton Arts Council president Debbie Street said the organization was thankful for all of the artists that participated in this inaugural event.

She said the group is anticipating growing and having more events in the future.