High-scoring Demopolis gets better of Jemison 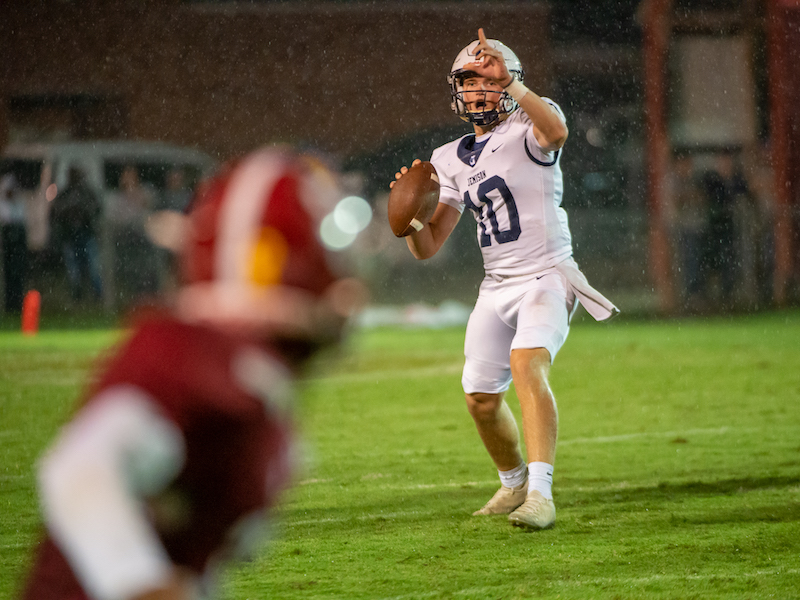 Jemison High School faced one of the highest scoring offenses in AHSAA Class 5A in Demopolis High School and fell 68-22 on Oct. 7. Jemison running back Coden Cummings did not let the Panthers go down without a fight with two touchdowns in the Region 3 matchup.

Demopolis, after the 68-point explosion against the Panthers, is now averaging 47 points per game and sits 7-1 and atop Region 3.

Cummings got his first touchdown of the game and Jemison on the board two minutes before halftime taking a 75-yard kickoff return to the house. Demopolis canceled out the score getting back in the end zone before halftime, and took a 61-7 lead to the break.

“(Coden) played hard, and he played how we look to play,” Jemison coach John Therrell said. “He has good speed, and he has a good mentality about how he goes about practice. We will continue to rely on him and his skill set as we move forward.”

Jemison continued to show fight in the second half. Cummings scampered for his second touchdown directly after the intermission, a 67-yard run. Jemison quarterback Luke Gann found Nick Wright for a long pass connection in the fourth quarter, and the two connected again to cap the drive with a four-yard touchdown to bring the game to its final score.

“We challenged them in the locker room, and any time you have a first half like we played you have to respond in some way,” Therrell said. “I thought they responded positively, and that is always good.”

Jemison (2-5) hosts Selma High School for the Panthers homecoming game on Oct. 14 in their next matchup. Kickoff is scheduled for 7 p.m.