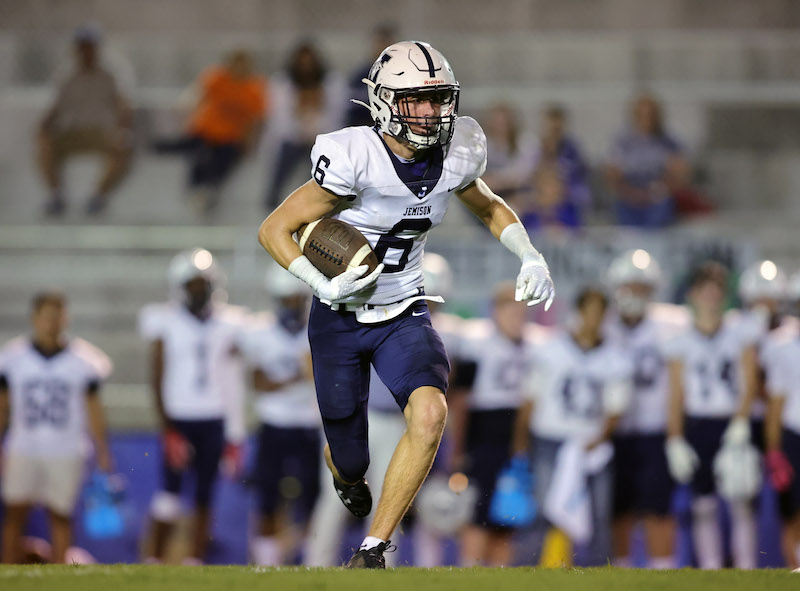 Down 29-0 and under two minutes left in the first half, Jemison built some momentum as running back Efrain Villeda took a long run down to the Holtville 35-yard line. Quarterback Jackson Padlo found Guyton Price on a pass that put the Panthers at the doorstep of the end zone. Villeda was able to punch in the three-yard touchdown run, and Padlo connected with Price for the two-point conversion to cut the lead down to 29-8.

Juan Carlos Sanchez intercepted the last Holtville pass of the first half to send Jemison to the locker room on a positive note.

In the second half, Jemison found themselves deep in Holtville territory again after Padlo and Coden Cummings paired for a pass that put the Panthers at the 12-yard line. Padlo finished off the drive himself to cut the lead down to 36-16. Holtville added two more touchdowns late in the game.

Jemison (2-4) hosts Dempolis on Oct. 7 at 7 p.m. in the Panthers next region matchup. Holtville (3-3) travels to Marbury for a region matchup as well on Oct. 7.