Isabella falls to Comer in first loss of 2022 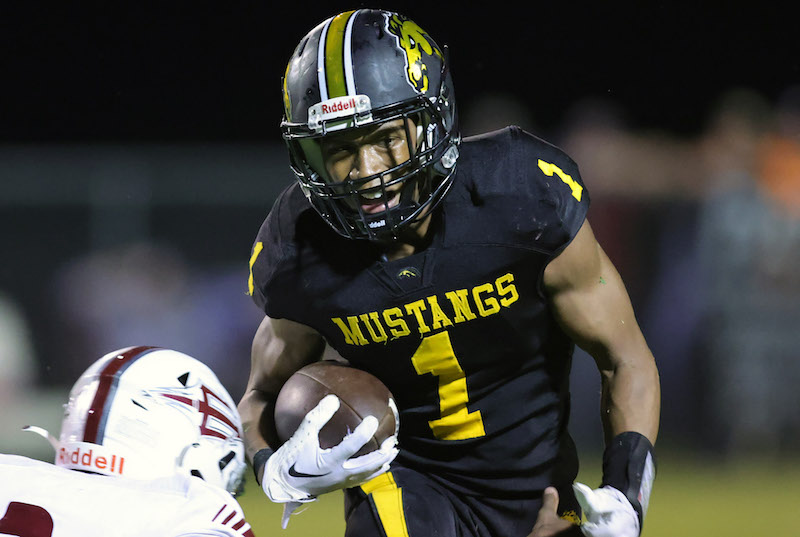 Isabella High School dropped to 5-1 on Sept. 30 after a 52-22 defeat to B.B. Comer High School on the road, and dropped to second place in the AHSAA Class 2A Region 4 standings.

Isabella and Comer sat 3-0 in the region standings coming into the pivotal clash, and now the Mustangs sit in a three-way tie for second place with Thorsby High School and Vincent High School.

“(Comer) is a great team … They flat out beat us, but we did a lot of things that hurt ourselves, too,” Isabella coach Tate Leonard said. “We were making drives, we were just killing ourselves (with mistakes), and defensively, we had a tough time stopping them.”

Isabella trailed 19-0 in the second quarter, and running back Zac Chapman cut the lead down to 19-7 with a two-yard rushing touchdown. Chapman ran for 80 yards and hauled in three catches.

The Mustangs got their second touchdown in the quarter on a 56-yard run by Dre’Von Lee to cut the lead down to 26-14. Then, Comer ripped off a long touchdown run on the first play of their ensuing drive, and intercepted Isabella their next drive to setup a short field. Comer converted the turnover into points to make it 40-14 at halftime, and scored 14 points in the last two minutes of the first half.

Isabella aided Comer with three fumbles lost, and the passing game did not find a rhythm with two interceptions. Lee ran for 91 yards, and quarterback Eli Kendrick ran for 96 yards and a touchdown. Isabella amassed 279 rushing yards overall.

“The turnovers, and the last two minutes of the second quarter was when the difference in the game happened,” Leonard said. “Then, it was just an uphill battle from there.”

Comer got on the board two more times coming out of halftime to put Isabella down 52-14 after three quarters. With under a minute to go, Kendrick got into the end zone for an eight-yard touchdown to bring the final tally to 52-22.

Tyler Mims had an interception and a sack for the Mustang defense.