Billingsley gets back in win column on homecoming 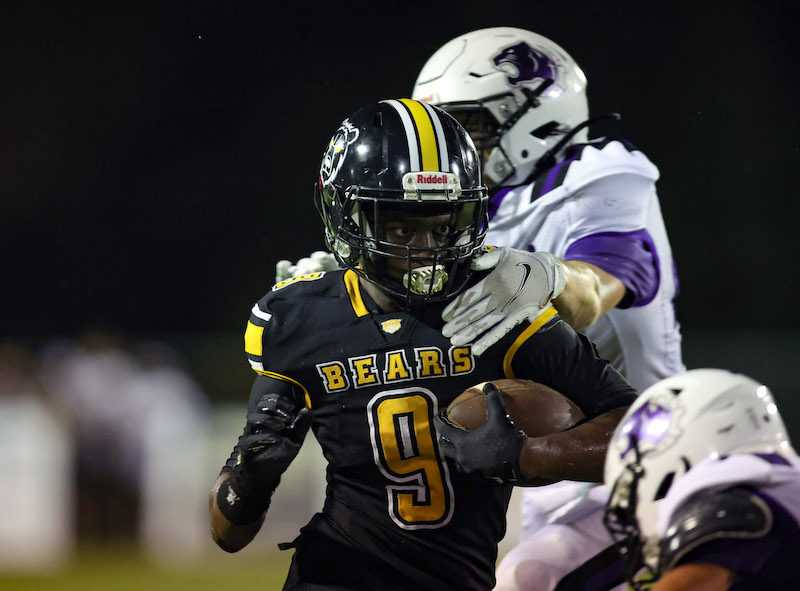 Billingsley High School pulled out their second win of the 2022 season on Sept. 30 narrowly beating Central High School, Hayneville 32-30 on their homecoming. The Bears were led by quarterback Landon Jones who went 11-for-16 passing for 221 yards and two touchdowns. A 158.3 is considered a perfect passing rating, according to the NFL model, and Jones posted a 151.0 rating against Hayneville.

Jones dished out passes to six different Bears receivers, and senior wide out Z’londre Tyus was his favorite target pulling down four catches for 62 yards and a touchdown. Kyle Boice added a touchdown catch and two catches for 72 yards.

“I thought it was a pretty solid game for us offensively, and defensively we played our tails off,” Billingsley coach Lanny Jones said. “They were huge up front … we were concerned all week about it, but our guys stepped up when it mattered and were able to hang on.”

Billingsley was able to move the ball down the field throughout the entire game, and had some drives derailed by turnovers that led to the closer win. The Bears posted 430 total yards against Central, and 209 of those were rushing yards. Randriquis McCary led the way with 80 yards on eight carries and a touchdown, and Kaden Cotton had 60 yards on nine carries and a touchdown. Turner Motley added a rushing touchdown.

McCary was a force on the defensive side of the ball for Billingsley as well piling up 14 tackles and had a fumble recovery after Caiden Wilkins forced it. The Bears had four defenders recorded 10 or more tackles. Motley, Wilkins and Landon Jones all had 10 to join McCary. Motley, Tyus and Landon Jones each had a sack.

The Bears now sit one game behind Verbena High School and Autaugaville High School in the region standings.

“This is a big win for us, and we kind of have that perspective of it is a new season,” Lanny Jones said. “If we handle our business, we have that goal set of making the playoffs. This four-game region stretch dictates that.”

Billingsley (2-4) has game two of that four-game region stretch on Oct. 7 hosting Maplesville High School at 7 p.m. Central (1-5) hosts Notasulga on the same day and time.