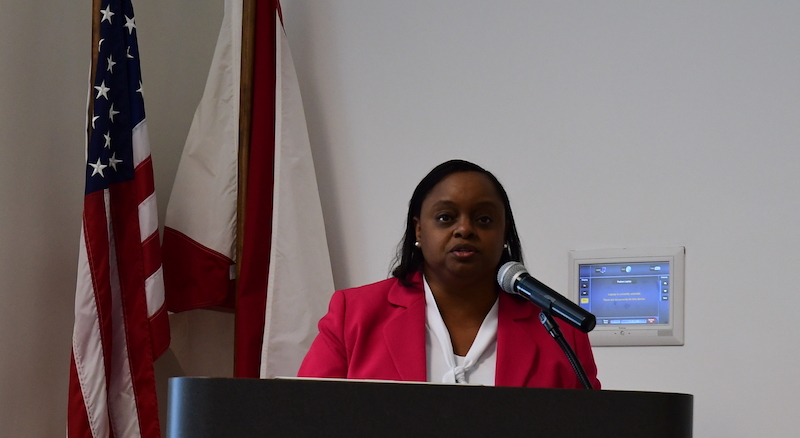 Work has already begun to secure business donors, and the campaign goal has been set at $60,000.

Organization president Drew Langloh said the need for services has increased in the last few years as many people in service, restaurant and retail jobs were laid off during the pandemic.

“We know going into the pandemic 50% of the people in our community had no savings,” Langloh said. “These people who lost their jobs. Most of them were living paycheck to paycheck.”

These people were able to turn to United Way agency partners for help.

“It was one of the most spectacular, amazing time periods to see the human service safety net in this community, our Central Alabama community, rise to the occasion because these organizations are led by people of passion and purpose and mission,” Langloh said.

He said the need for services has remained high amidst inflation. This has created a strain on the service organizations of the region.

“Our community safety net of services is tearing at the seams right now,” Langloh said. “… If we just do what we did last year, we will absolutely serve less people.”

Donors and corporate supporters are being asked “to do significantly more than they have in the past,” Langloh said.

So far, those who have been asked have given more than in previous years.

Everyone can give to the United Way of Central Alabama campaign by visiting uwca.org/get-involved/give/ .

Liz Huntley, who serves as a Chilton County board member for United Way of Central Alabama, was guest speaker for the event. When she was growing up in Chilton County, Huntley experienced abuse that led to mental health struggles, and there was no one to be an advocate for her. She faced food insecurity and was sometimes in foster care.

Her school and her church became the places she felt loved and safe.

“Those people helped me live through it, but we live in a time now where there is an agency that can help a child who has been sexually abused,” Huntley said. “There are agencies that can help families that are struggling to eat. There are places where kids can go in the summer instead of having to live in their reality 24/7 and pray for the next day when the school building is going to open again, so they have a refuge from where they are. Those places exist now in Chilton County, so kids have a better opportunity in life.”

Huntley said children today have access to the resources that were missing when she was growing up.

The stories of how people in the community helped her are chronicled in Huntley’s book “More than a Bird.”

The title is taken from Matthew 6:26 and a statement by Pastor Elijah Good when she was a child.

“It says if God can take care of the fowls of the air and they neither sow nor reap, than he will take care of his children, aren’t they better than a bird?” Huntley said. “And the preacher said, ‘You gotta know that you are more than a bird.’”

Good emphasized that since God took care of the birds, he would take care of people, too.

“The tragedy in that moment was that I sat there, and I struggled with whether I was more than a bird because to me it seemed like the birds had it better than I did, but then Pastor Good said this, he said ‘You know that you are more than a bird because God will send people to love you. He will send people to love you even when the folks aren’t doing what they are supposed to be doing in your life,’” Huntley said.

This comment brought to mind her school and the people who had put in effort to love and serve her.

“The way agencies and people that serve reach out and touch people is so impactful, and because of that, faith came into my heart that night and I professed Christ as my Savior,” Huntley said. “… From preschool to law school, God sent people like you to love me. What you do is important … We need to rally together to try to generate as much support as we can for our agencies because all of the people in our communities are more than a bird.”