Morris hopes to continue the rebirth of a program 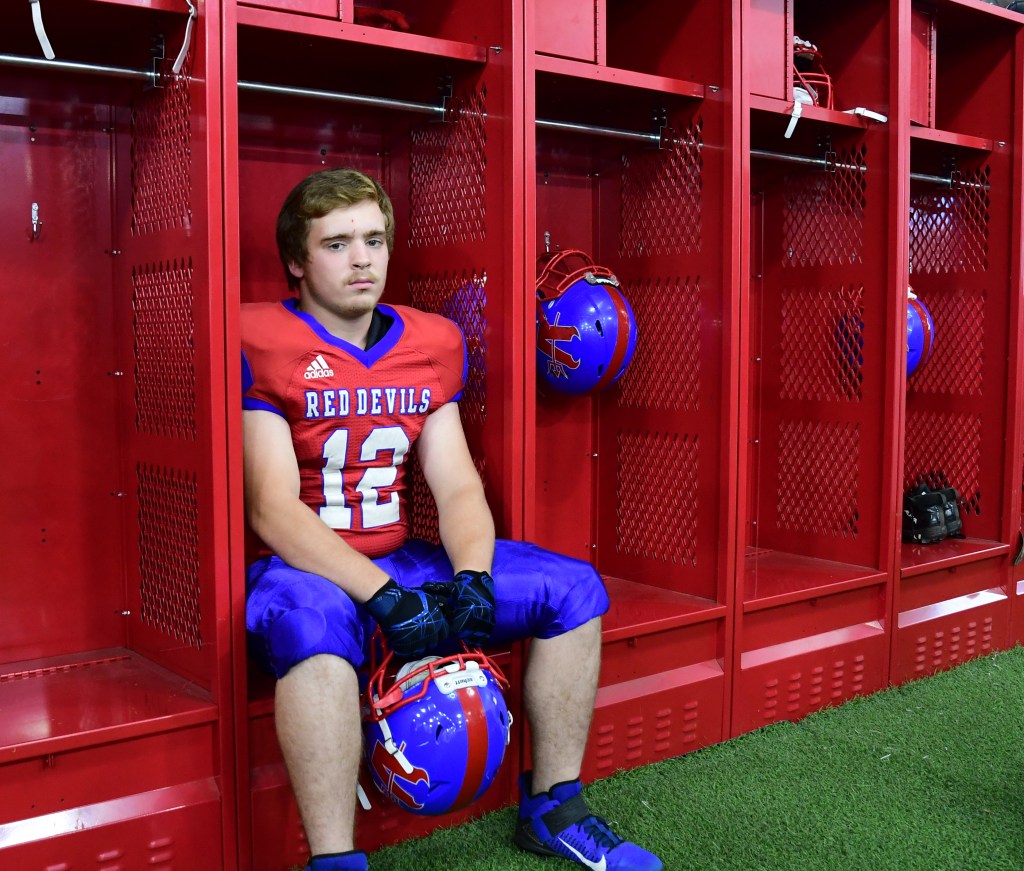 Nathaniel Morris hopes to lead Verbena High School back to its winning ways in 2022.

Editor’s note: This article originally published as a part of Kickoff 2022. Copies are available at The Clanton Advertiser office, 1109 Seventh Street N in Clanton.

STORY AND PHOTOS BY CAREY REEDER

The Verbena High School football program has been on a roller coaster ride the past decade. The Red Devils went to the playoffs in back-to-back seasons in 2015 and 2016. However, they have had six years since 2012 where they won either one game, in regulation, or went winless.

Nathaniel Morris is determined to make that three winning seasons since 2015 and will do so in his own comeback season this year.

The senior running back and defensive end was sidelined the entire 2021 season due to injury. His desire to return to the football field was spurred by his grandfather who loved the game. Morris said he thinks of his late grandfather every time he steps onto the field.

“It became my favorite sport when my (grandfather) died, when I was eight,” Morris said. “He told me the day before he died ‘You make it to college, I will be proud,’ and the next day, he died, so football I just fell in love with.”

Morris’s return to the Red Devils backfield has been a helping hand in the rebirth of the program. Second-year head coach Allen Brothers is especially happy to have Morris back.

“He has worked his way to healthy, and we are taking all the precautions we can, and he loves the game,” Brothers said. “It is huge for him this year.”

Brothers was an assistant coach for Verbena in 2019 and 2020, and there were just over 15 kids left on the roster at the end of the season in 2020. The practices at Verbena this summer had around 45 players preparing for the upcoming season. Morris said the addition of so many players and new coaches will help the Red Devils get to that .500 mark.

Morris said he will be the one to bring guidance to the new players in the program.

“I like to lead by example, and I do not like to see anyone’s head down,” Morris said. “I like to bring people’s spirit up on the field when someone gets down. You know if you mess up, just make it up next play.”

“There is definitely a culture change that is happening, but it does not happen overnight,” Brothers said. “Whether you want it to be or not, there is zero pressure here … We are trying to be the best versions of ourselves we can be.”

Morris said he wants to be remembered as one of the hardest working players that has come through Verbena High School. Morris is using the guidance Brothers has given the Red Devils throughout summer camp to achieve that goal.

“That just starts with hard work and dedication, and keep pushing yourself past your limits,” Morris said. “(Brothers) said ‘No matter what happens, keep your head up and keep going and keep pushing.’”

Verbena High School has dedicated a lot of time and resources into enhancing the football programs facilities including a fieldhouse and better training equipment. Morris and Brothers both mentioned that the improvements are showing the players that they can be a winning program.

“Going into the season I would say Verbena is definitely a team to watch out for,” Morris said. “We are looking pretty good.”

Morris said after high school he hopes to play college football and wants to get involved in law enforcement.