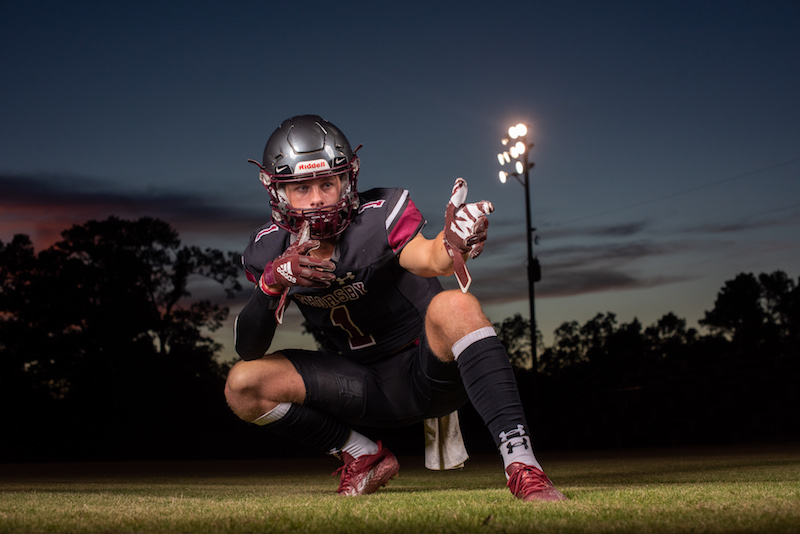 Remington Taylor will be used all over the field on both offense and defense in 2022 for Thorsby High School.

The Thorsby High School Rebels came into the 2022 season with a younger roster than normal. The Rebels have made the playoffs the past five seasons, and to continue that they will rely on seniors like Remington Taylor.

Taylor has been with the Rebels since his seventh-grade year, and he has been plugged into different spots on the field. 2022 will be the first season he will get snaps at running back.

“I am pretty stoked about it, but we will see what happens,” Taylor said. “You get more action back there.”

Previously, Taylor has played wide receiver and tight end for the Rebels and played a big role on their defense. Thorsby head coach Daryl Davis said Taylor will be used again across the field, and hopes he takes on a leadership role for the younger players in the process.

“The more times we can get the ball in his hands the better,” Davis said. “Hopefully, he steps into the leadership role. He has been a leader this summer … He is embracing that role.”

Davis said that after the Rebels made the playoffs in 2017, each senior class after that made sure the level of success never dipped. Now, it is Taylor’s turn to make sure his class makes this season the sixth consecutive playoff year.

“It has been a good run,” Davis said. “We pushed them and they responded, and hopefully, even though we are young, we can do it again.”

Football is Taylor’s favorite sport, and living is Thorsby is the perfect place for him. He said the city loves football too and the whole community comes out to support the Rebels on Friday nights. Going into his last year, Taylor is trying to take in every practice and game. He wants to be remembered at Thorsby as a guy who “got after it every day and inspires others.”

“I am trying to inspire the young ones to get out here and do the same, and carry on this thing we have going on out here,” Taylor said. “If I can inspire others to do that and inspire them to get better every day, then I did my job.”

While Taylor and the Rebels have made the state playoffs the last five seasons, each year they have had a first-round defeat. Taylor said if the Rebels can stay together and focused, this season can be the year they make that run deeper into the playoffs.

“This year, we have so many more athletes, and all of us are hard workers,” Taylor said. “The coaches have said that this year is the hardest working class they we have had in a couple years. I am really looking forward to getting out here with the guys.”

Taylor said he wants to play college football if the opportunity presents itself. He likes to take time to get away from football to make sure he is enjoying it.

“You need to put a bunch of your focus towards football, but you need to take some time away from football and away from everyone else,” Taylor said. “Just enjoy your time, and that is what I try to do.”