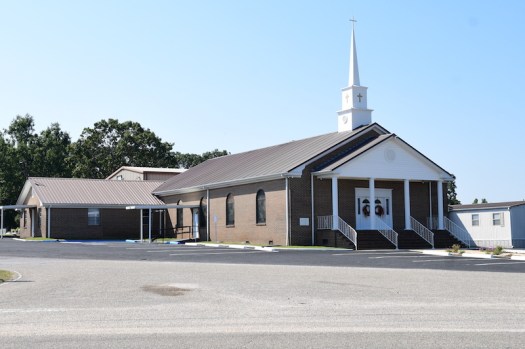 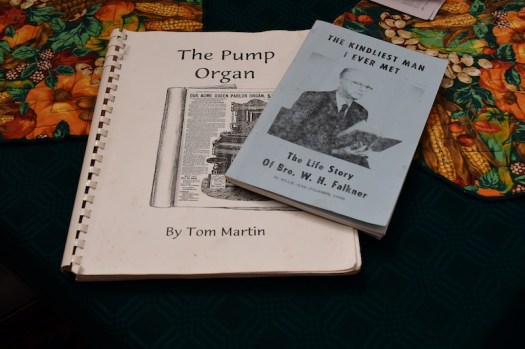 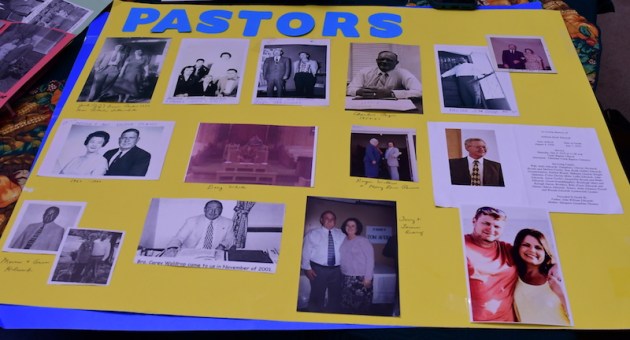 Some of the former pastors of Oak Grove Church. (JOYANNA LOVE | ADVERTISER)

Oak Grove Baptist in Jemison commemorated its centennial year as a church on Sept. 18.

In preparation for the celebration, church member Shirley Emfinger researched the history of the congregation through the Union-Banner newspaper, church minutes, as well as two local histories: “The Kindliest Man I Ever Met” by Willie Jean (Falkner) Vann and “The Pump Organ” by Tom Martin. The church minutes archive starts at 1934.

Highlights from the history of the church were shared and displayed during the event. After the service, the church hosted a meal of barbecue and sides.

Members of the church’s praise team dressed in the style of those attending in the early days of the congregation.

What would become Oak Grove Baptist began in May 1922 when W. H. Falkner preached his first sermon to a group in the Oak Grove School building. Falkner was later involved in the construction of a building for the congregation.

His story is recounted in the book his daughter Willie Jean Vann wrote. Emfinger said the book mentions that when Falkner was honored in a “This is Your Life” presentation, 40 years after he had pastored Oak Grove, 17 members of the church were in attendance.

“He had health issues,” Emfinger said. “He eventually left Chilton County and went to the TB sanatorium somewhere in Louisiana.”

Falkner was later influential in planting a number of other churches.

“The Pump Organ” tells the story of one of the early families in the church, and how one member played the piano at the church.

Emfinger’s information shows that a Sunday school had been started before the church was officially formed. A Children’s Day was held in 1922 and 1923, and possibly earlier years.

William Northcutt was also influential in the construction of the first Oak Grove Church building. He later established a singing school at the church.

Oak Grove had two other buildings before the current building was constructed after a fire.

A parsonage was available to the pastor for some years with Charles Payne being the first to live in it in 1959.

At one point in the church’s history, the congregation was voting on a new pastor every year. The pastor of Oak Grove has always been bivocational, having an another job as his main paying career.