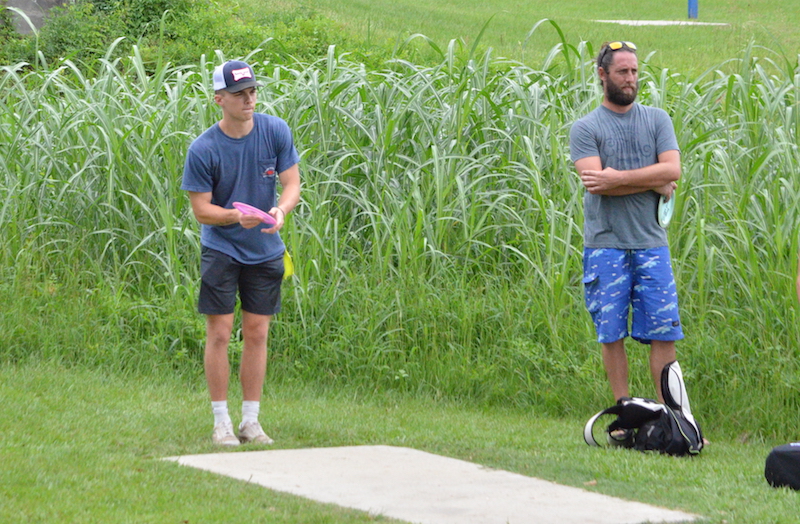 Over 45 players came out to support the Raleigh’s Place Charity Event on Sept. 17. (FILE | ADVERTISER)

The Raleigh’s Place Charity Event hosted by the Clanton Disc Golf Club raised over $2,000 for the Raleigh’s Place organization at its disc golf tournament on Sept. 17. Over 45 players came out to the Camp 1:27 course to help benefit the Christian-based nonprofit.

“Everyone was super happy, and everyone said it was ran very smoothly,” tournament director D.J. Hines said. “They were excited to support the charity and the Raleigh’s Place organization and what they are doing.”

The event was an amateur C-tier event and was a flex start, meaning all players could get their round in anytime from 8:30 a.m. until 4 p.m. The event was originally scheduled in April, but was moved to Sept. 17 away from Easter weekend. The flex start was implemented to combat the college football Saturday in the fall.

The Professional Disc Golf Association supports charity events by waiving the sanctioning fees for the charity tournaments, and they did for the Raleigh’s Place Charity Event.

Thomas Lyon from Jemison won the 13-player male novice group, the biggest group at the tournament, with a -7. Lyon was the only Chilton County player to take home a group win in the tournament.

Micah McKerley from Alabaster posted the best score with a -9 to win the male intermediate group. Players had the option to donate $5 to Raleigh’s Place to try and improve their score, and Zach Mullins of Empire posted a -9 in the male advanced group after his donation to win the group.

An auction was held during the event that featured items donated by businesses in Chilton County, and items autographed by well-known disc golf content creators such as Luke Humphries.

“We were very thankful for everyone’s help that made the event possible,” Hines said.

Hines said the plan for the event next year is to make it a one-day, two-round event, and it will still be PDGA sanctioned. The Clanton Disc Golf Club’s fall league is currently underway, and the next tournament the group will hold is the Frozen Disc Championship in January of next year.

Camp 1:27 is a summer camp for foster children and has served over 1,000 children from across Alabama.