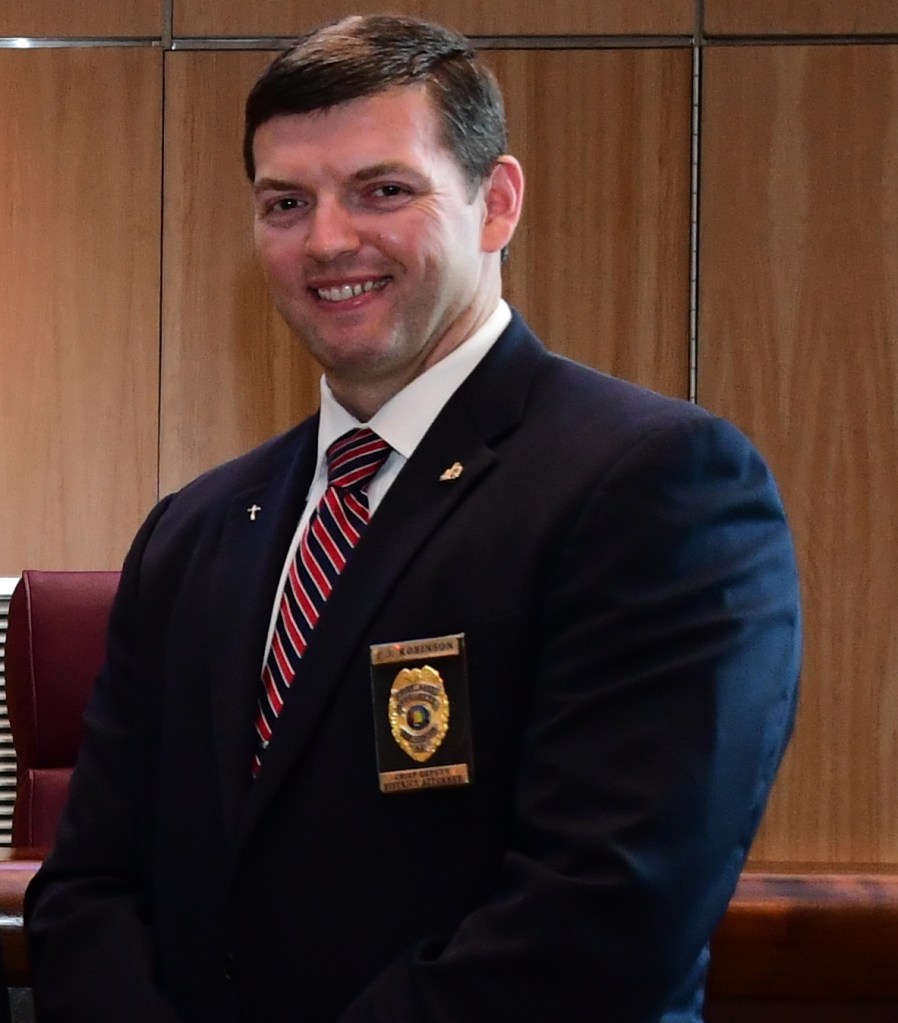 Gov. Kay Ivey has appointed CJ Robinson as district attorney for the 19th Judicial Circuit, upon receiving notice of retirement from former District Attorney Randall V. Houston. Robinson won the May 24 Republican Primary election and was slated to take office in January of 2023.  The 19th Circuit encompasses Elmore, Autauga and Chilton counties.

Robinson is a 2003 graduate of the University of Montevallo and received his juris doctorate from the Mississippi College School of Law in 2006.  He has worked as a prosecutor for the 19th Judicial Circuit for 15 years and is the only assistant district attorney in the state to have attended a full-time police academy while serving as a prosecutor. Robinson graduated from the Montgomery Police Academy in March 2017, and said, “That experience enabled me to forge an effective partnership with law enforcement which has led to stronger cases and better communication between agencies.”

Robinson has been credited for his ability to successfully juggle many responsibilities in and out of the courtroom.  Having prosecuted over 40 murder and capital murder cases, CJ is bold in his pursuit of justice for victims of crime.  He possesses the hands-on experience of working with state and local law enforcement on a daily basis in order to find the truth at all times.

CJ and his wife Malia have been married for eight years and are lifelong residents of Clanton. They are the proud parents to two children, Isla and Jake, and are members of First Baptist Church in  Clanton.