CCA gets third win of the season over Conecuh Springs 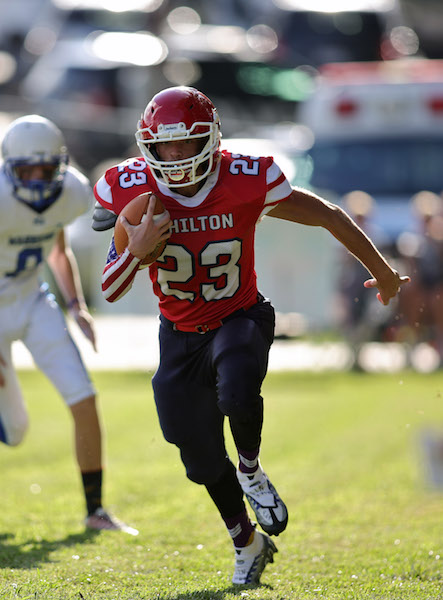 Chilton Christian Academy got its third win of the 2022 season squeaking out a 37-34 win over Conecuh Springs Christian School on Sept. 16.

The Patriots started out slow, but a strong second quarter kept the game at a one-score contest going into halftime.

“It was another tough battle, and we have had quite a few of those already this season,” CCA coach Jay Norcross said. “The young men came through, and in the second half we began to hit our stride.”

Donovin Norcross made it three touchdowns on the night with a rushing score in the second half. He had 37 yards on 10 carries for the Patriots. McCary added a touchdown and 36 rushing yards to his totals. CCA had 90 rushing yards overall against Conecuh Springs.

“It opened our eyes on the coaching staff to make adjustments, and it showed where we were weak at,” Jay Norcross said. “Overall, the young men were down, but they came back and prevailed.”

In the second half, the Patriots defense played well to help the offense jump ahead. David Villegas led CCA with 10 tackles with one for a loss and added a sack. Norcross recorded nine tackles and three of those were for a loss. Conner Bice had a sack and a fumble recovered, and McCary had an interception and a fumble recovery.

Denson Mahan had a two-point conversion run, and Villegas punched through a field goal in the game.

Chilton Christian hosts Trinity Christian Academy on Sept. 23 at 7 p.m. in the Patriots next matchup.