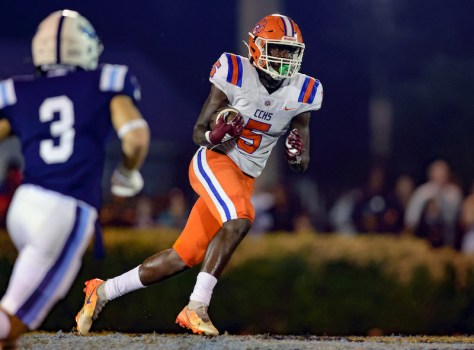 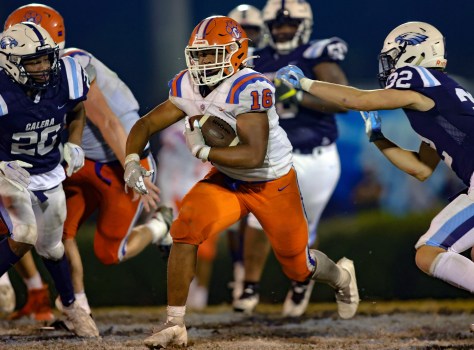 By STEPHEN DAWKINS | Special to the Advertiser

CALERA ­– Calera used a pair of Daniel Brown touchdown runs and a Michael Banks-Mason 96-yard pick-six in the third quarter to break open Friday’s game against Chilton County in a 38-14 win.

After a scoreless first quarter, the visiting Tigers scored first on an eight-yard touchdown pass by Cannon Miller with 7:53 remaining in the second quarter.

That began a flood of scoring, as Calera tied the game at seven on an 11-yard run by Brown just a couple of minutes later.

Then it was Jeremiah Henderson picking up a fumble and returning it 30-yards for a touchdown and a 14-7 Calera lead with five minutes to go in the first half.

But CCHS tied it up again, 14-14, on a 14-yard pass from Miller to Jakobe Worthy with 28 seconds on the clock in the second quarter.

The third quarter belonged to the Eagles. Brown scored on runs of five yards and four yards before the midway mark of the third quarter, and then with 1:41 remaining in the frame, Banks-Mason dashed the Tigers’ hopes for good with an interception return that covered almost the entire length of the field.

“As soon as that happened, it ignited everything,” Calera Coach Jason Hamlin said. “It was like we finally relaxed and played like we are capable of playing. In the second half, we really played like I thought we should have played all year.”

Preston Stokes completed 16 passes in 22 attempts for 171 yards for the Eagles. His favorite target was Braylyn Farrington, who caught six passes for 100 yards.

In addition to the pick-six, Banks-Mason recorded 15 tackles to go along with one sack and one tackle for loss.

After a bye next week, Calera will be back in action on Friday, Sept. 30, when Pelham visits for another region tilt.

Hamlin said the Eagles will take the extra time to let some injuries heal and focus on attention to detail and eliminating mistakes.

“Our biggest enemy has been ourselves,” he said. “We do something good and then turn around and shoot ourselves in the foot.” 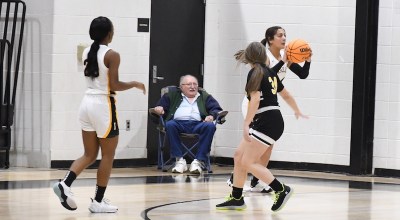