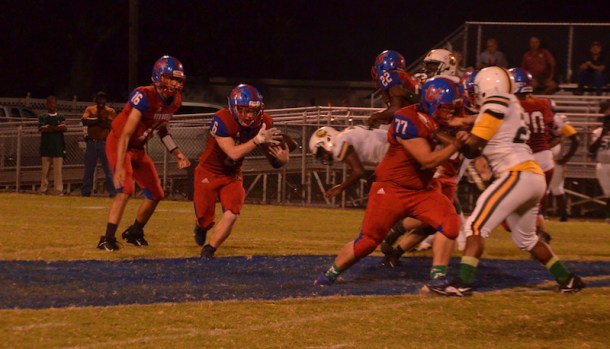 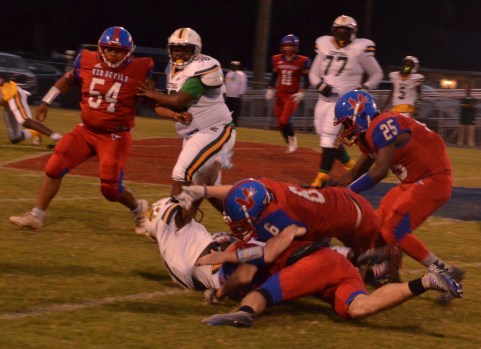 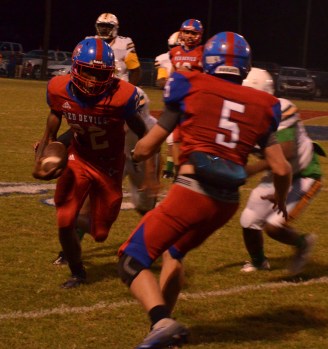 Verbena High School matched its win total from last season with its fourth win of the 2022 season, a 42-40 win in overtime over Central High School, Hayneville on Sept. 16.

With the score tied at 34 after regulation, Central scored first but was unable to punch in the two-point conversion attempt.

On Verbena’s turn on offense, running back Jacob Morris punched in his third rushing touchdown of the game to tie the game at 40 apiece. Morris followed that up punching in the two-point conversion to give Verbena the 42-40 homecoming win.

Verbena struck first with quarterback Johnathan Marino taking in a two-yard touchdown run. Morris added the two-point conversion to make it 8-0 early. Central got on the board the ensuing drive to make it 8-6 after the first quarter.

The Red Devils pinned Central deep in their own territory. While Central was punting from their own end zone, Verbena was able to block the punt and recover it in the end zone for a touchdown. Morris ran his first touchdown of the game in later in the quarter, and Marino added a two-point run.

Central ran a 41-yard touchdown rush and added a two-point conversion just before halftime to make it 22-12 at the intermission.

Coming out of halftime, Verbena’s D.J. Jackson returning the opening kickoff 84 yards for a score to send the Red Devils homecoming crowd into a frenzy. Morris punched in his second touchdown, an 18-yard run, midway through the third quarter to stretch the Verbena lead to 34-14 after three quarters.

In the fourth quarter, Verbena had no answer for the Central rushing attack. The Lions scored quickly in the quarter to make 34-20, and a Verbena turnover set Central up deep inside Red Devil territory. Central converted on the turnover with a one-yard touchdown rush by Jondarius Woods, and a two-point conversion pass cut the lead down to a one score game at 34-28.

Central got the ball back with under five minutes left, and marched down the field to the end zone for their third rushing touchdown of the quarter. Verbena managed to stop the two-point conversion to send the game into overtime.