Villeda bringing the energy to Jemison 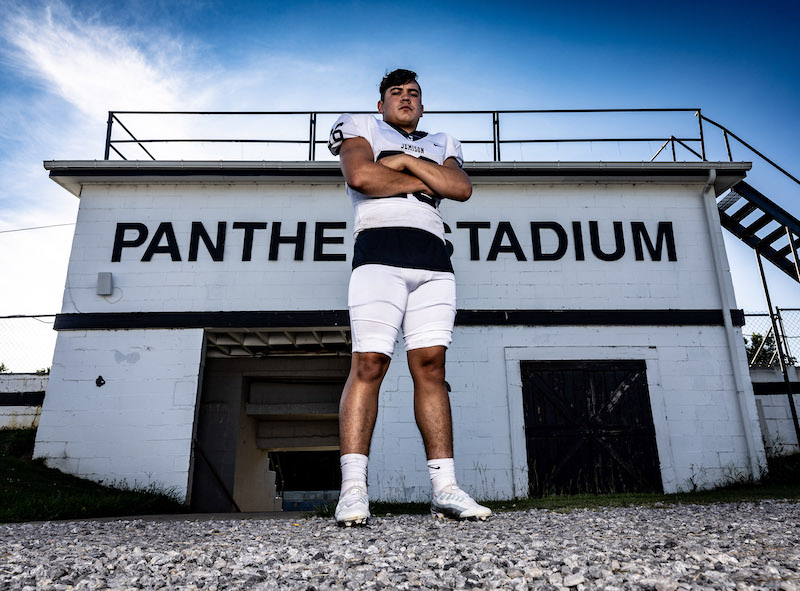 Efrain Villeda is leading by example in building the Panthers program at Jemison High School.

Senior running back Efrain Villeda has one thing in mind going into his senior football season for Jemison High School.

The vocal leader of the Panthers, energy for the team and being dominant is what Villeda brings to the Jemison program on a daily basis. That mentality is ingrained into him by being a player under a coach who preaches high energy.

“(Villeda) and this senior class this year has definitely been very instrumental in building what we need to have as a culture here,” Jemison coach John Therrell said. “It has to do with just doing the right thing and being where you need to be, and making sure that what we have is taken care of. They have been doing a great job with the progress they have made from the end of last year.”

Villeda has played running back his whole high school career, and he loves everything about playing the position.

“The excitement of it,” Villeda said. “Running the ball and getting the feel of it, and my lineman blocking for me, hitting holes and scoring touchdowns in big games.”

The Panthers are after their first winning season since going 7-4 in 2013, and Villeda will be a big part of the reason, if that goal is achieved. Therrell described Villeda as one of the best performers for Jemison last season.

“He has had a great offseason and been working really hard,” Therrell said.

“Being one of those leaders that the young guys can look to and know that is how I have to work every day.”

Villeda is determined to go out a winner in his last season and expects the Panthers fans to see an improvement in the team right away.

“We have been improving, and we have a lot of exciting new players on offense and defense,” Villeda said. “We are all ready to show what we got and bring home a winning season.”

That attention to the classroom has not gone unnoticed by his coach.

“He is smart and does great academically, and that shows on the field,” Therrell said. “When you have a very well-rounded young man who is able to do everything and make everyone around him better, you cannot ask for more.”

Villeda said he hopes to be remembered as someone who inspired the younger kids in Jemison playing football, and someone who continued to get better for them and the Jemison program.

“We are just ready to come play some football,” Villeda said.

Therrell said the Panthers are much further along this year than they were at this time last year. If the energy in Panther Stadium can be sustained, that winning season could be in the future at Jemison.