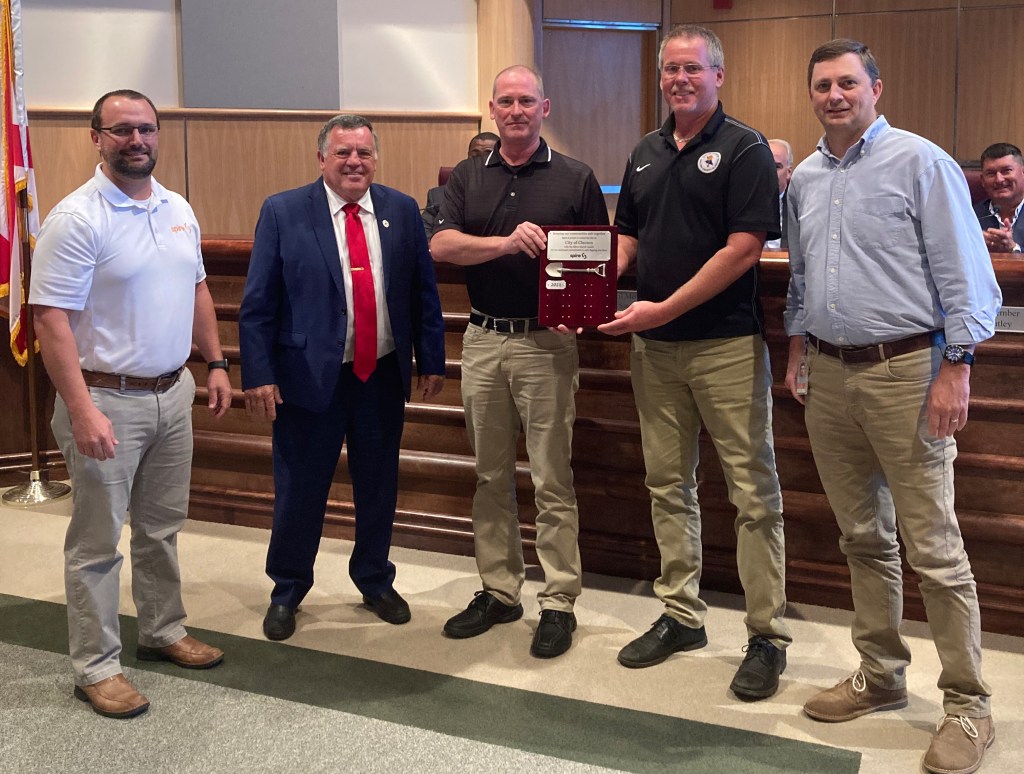 Spire, a natural gas company, presented its Silver Shovel Award to the city of Clanton and its Public Works Department during the Clanton City Council meeting on Sept. 12.

The award recognizes entities in the company’s service area that follow best practices when it comes to safety when digging.

Awardees comply with the state’s one call system, calling 811 to find out exactly what is underground before they dig, and have zero at fault damages.

The council later approved the budget for the coming fiscal year with a projected $14,544,600 in revenue.

The budget totals $14.53 million in expenses for the city’s various departments, and an additional $2.183 million for special projects.

“This budget that we worked on has gotten better and better,” Mayor Jeff Mims said.

He said multiple staff members “worked hard on getting this budget done, and they’ve done a great job.”

He said department budgets were paired down to fit within available revenue.